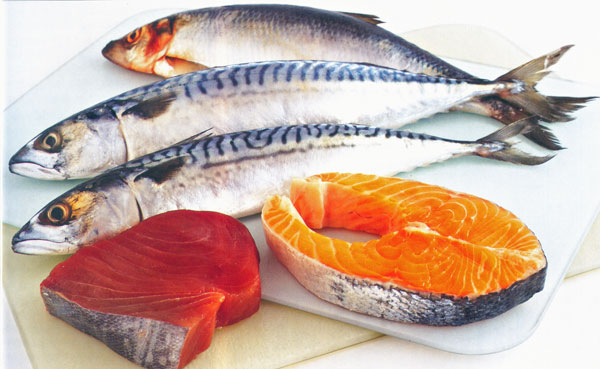 Encouraging consumers to eat fish such as herring, mackerel, and butterfish might, ironically enough, be the best way to save those species. PHOTO: Nutritional Thinking

From the beginning of time and until relatively recently, little fish had only big fish to fear. Since the middle of the twentieth century, however, some little fish—forage fish, to be precise—have faced radically increased threats from humans, and, by extension, from the pigs and chickens that the fish are increasingly being fed to. Forage fish are now threatened worldwide, which has potentially troubling implications for the entire food chain. In conservation circles, the suggestion lately is that encouraging consumers to eat small fish might, ironically enough, be the best way to save them.

Forage fish, like many other kinds of fish, are in peril largely because of technological advances. The advent of synthetic fibers, in the nineteen-forties, allowed fishermen to create nets that were larger and longer-lasting than ones made of natural fibers such as hemp. Shortly thereafter, the rise of diesel engines permitted fishing farther offshore than ever before, and sonar, which had been refined to wage submarine warfare, was adapted to locate schools of fish. Factory trawlers made fish processing much more efficient, and fishing vessels became larger and larger. As a result of such developments, the world’s annual catch of fish quadrupled in the four decades after the Second World War. Despite stricter regulations and increased awareness of overfishing, many stocks remain in rapid decline.

From the perspective of small fish, the potential collapse of predatory species such as cod, tuna, and swordfish, which are popular with diners, would seem to be good news. However, as the larger, high-value fish became increasingly scarce, the fishing industry turned to farming, and those penned fish needed something to eat. Commercial fishermen have thus begun fishing down the food chain, and smaller fish behave in ways that make them very vulnerable, swimming in large, dense schools that are easy to spot from the air and require little fuel to pursue. “Fishing for these animals may be likened to shooting fish in a barrel,” a National Coalition for Marine Conservation report noted in 2006. Three years ago, a far-reaching analysis of forage fish, put out by the Lenfest Foundation and financed by the Pew Charitable Trusts, reported that thirty-seven per cent of global seafood landings recorded annually consist of forage fish, up from less than ten per cent fifty years ago. Of that thirty-seven percent, only a small fraction goes to the consumer market—mostly in the form of fish oils and supplements—while the bulk is processed into pellets and fishmeal, then fed to animals like salmon, pigs, and chicken.

“We are grinding up a third of the ocean each year.”

The New Yorker brings you more.