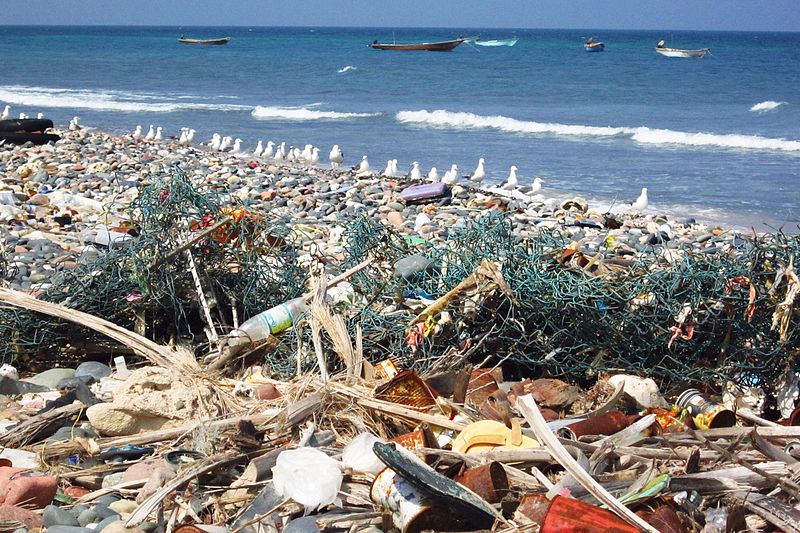 Then they modeled how much plastic could be removed by floating plastic collectors that sieve out tiny pieces of plastic, or microplastic, drifting on the surface of the ocean. The analysis assumed that each of 29 collectors would capture 45 percent of the plastic bits passing through its vicinity. These parameters are based on a previous study by an organization known as The Ocean Cleanup, which is developing the devices.

The Ocean Cleanup has proposed deploying plastic collectors in subtropical gyres, which are circular currents that tend to trap and concentrate floating plastic. The largest and most dramatic of these is the Pacific Garbage Patch, a conglomeration of plastic that covers a stretch of ocean more than twice the size of the United Kingdom between Hawaii and California.

That proposal has intuitive appeal: if you see a bunch of garbage, pick it up.

But according to the new analysis, cleaning up the Garbage Patch isn’t the most efficient way to get the most plastic out of the ocean, nor the best way to minimize plastics’ harm to marine life.

The best places to put plastic collectors are areas where the most plastic is moving through, not the places where the most plastic ends up, the researchers found. They identified a set of locations for the devices that would result in removal of 31 percent of the ocean’s microplastics by 2025. In contrast, putting all the collectors in the Pacific Garbage Patch would only reduce plastic in the oceans by 17 percent.