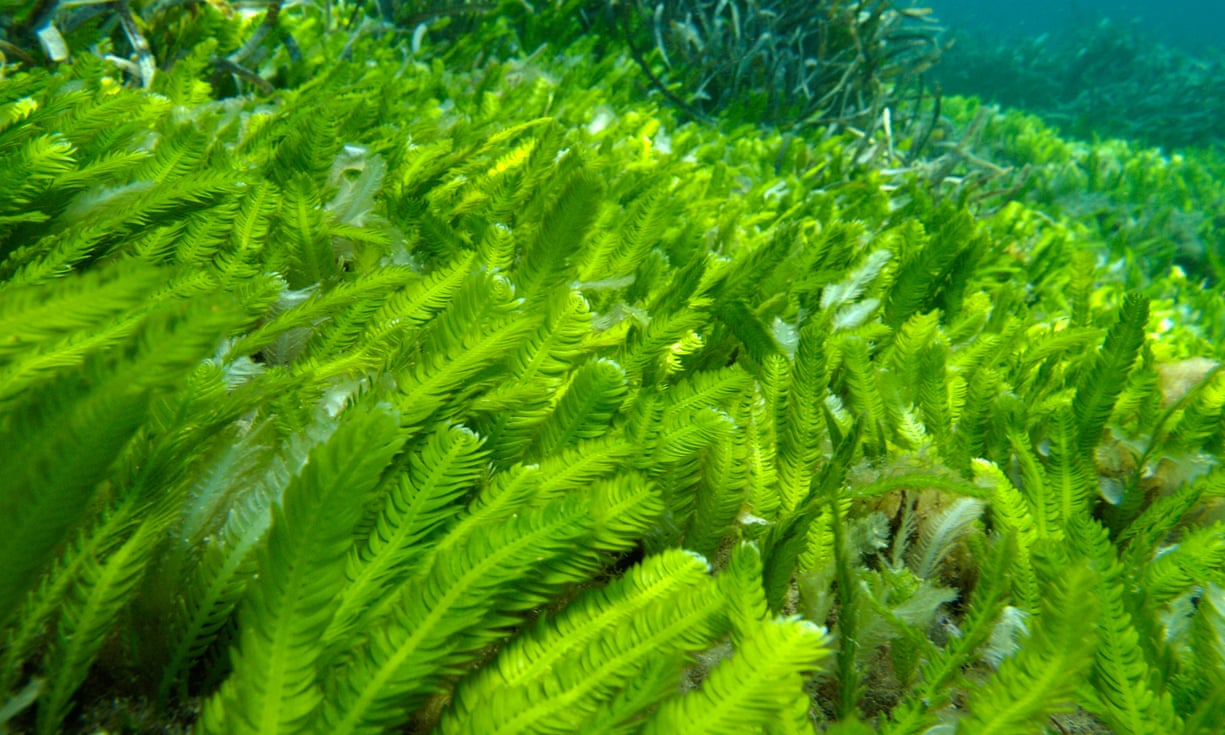 A seller, who was offering to export killer algae (Caulerpa taxifolia) from the UK said he thought it was unlikely that the plants would find their way into the environment if they were disposed of properly. Photograph: Alamy Stock Photo

We report on the problems of invasives pretty often on this blog, whether its herps, plants, fish, or even mammals. Today, I learned that many of the opportunistic organisms creating problems in the US and UK, as well as Australia, are sold online by merchants on eBay and Amazon, often with no legal repercussions despite trading in banned species. In an article written for The Guardian, Karl Mathiesen discusses the issue. After reading it, I thought of the opportunity for citizen scientists to “tip off” their governments after spending a couple minutes online, browsing for internet traders in invasive species. I’ll be looking into that in the weeks to come. For now, Mathiesen reports:

A killer algae, a monstrous pondweed, a tree that has infested the Everglades and a dozen more of the US’s most environmentally destructive plants have been discovered for sale on eBay. Online traders told the Guardian that ignorance of the law led them to create listings that had spread hundreds of illegal specimens across the country.

Three of the US sellers displayed past sales data, and between them they had sent 259 hazardous envelopes to unknown destinations across the country.

Rival site Amazon also hosted advertisements offering to import banned plants into the US. Amazon declined to comment or offer to amend their listings to prevent dangerous sales occurring.

An eBay spokesman said the company’s guidance places the onus on its users to adhere to local laws. He said the the company had keyword filters that aimed to alert sellers before they made a potentially risky listing. There are also “several teams” dedicated to enforcing the company’s policies.

One species sold on eBay, miramar weed (Hygrophila polysperma), has become a plague in many US waterways since its introduction in the 1960s – even outcompeting other invasive species. In one case, a patch of the plant grew from a tenth of an acre to more than 10 acres in just one year. Its dense mats choke off all other aquatic life, create breeding grounds for mosquitoes, clog irrigation pumps and leave navigable waters impassable.

Miramar weed needs only a shred of tendril to establish a new colony, meaning each online sale potentially spreads it to a new vulnerable habitat.

Another plant being advertised, prickly acacia (Acacia nilotica), is a native of Africa and India that has infested 6.6m hectares of Australian cattle rangelands, an area almost half the size of Georgia.

The species is not established in the US, but federal authorities are concerned that it could replicate this devastating impact on farmers across the southern states. The Department of Agriculture (USDA) confirmed that simply listing this species on eBay from within the US was a breach of the law.

After the Guardian began its investigation, 19 eBay ads were closed down. But for the USDA and eBay, controlling the online trade in invasive species is akin to a game of whack-a-mole.

Read the remainder of the original article at its source.