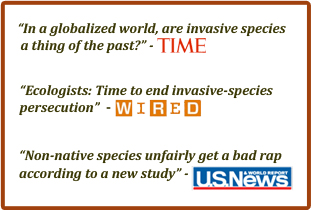 BENT CREEK EXPERIMENTAL FOREST, N.C. — When the woolly adelgid come and a white cloud of tiny insects descends on the forest, the eastern hemlock dies.

It’s been like this since the insect was discovered in Virginia in 1951, where it is suspected to have arrived to the East Coast inside packing material. The sap-sucking aphid-like pest spread north first, but by the early 2000s, eastern hemlocks in the southern Appalachians were being decimated by the insect native to East Asia. By some estimates, 90 percent of the tree species’ range has been affected.

Researchers here are hatching a plan to stop the woolly adelgid. A 1-acre plot of forest is the site of a budding insectary, a farm in the trees of the predator beetle Laricobius nigrinus that has been shown in some cases to kill the adelgid.

“There’s no question a lot of hemlock have already died, a lot will still die,” said Bud Mayfield, a research entomologist at the Forest Service’s Southern Research Station and leader of the project. “I think the things we’re doing here could help with restoring hemlock in the southern Appalachians and protecting them in places still uninfested.”

This insectary was established in 2013, but the effort to create what’s called a biological control against the woolly adelgid has been ongoing for at least two decades.

This type of David-and-Goliath fight isn’t unique to pests affecting the eastern hemlock. It plays out across dozens of tree species and the invasive insects and diseases now plaguing them. From the emerald ash borer destroying street trees and the traditional wood of choice for Louisville Slugger baseball bats to oak-loving gypsy moths, across the United States invasive insects and disease are wreaking havoc with American forests.

To fight against the invaders is a costly and time-consuming prospect, and there’s some evidence the forest is just fine without our help. For example, up until the 1900s, the American chestnut was dominant here. Today, none lives into maturity due to the fungal disease called chestnut blight, and other species have taken its place.

Although nature is good at filling the gaps created when one species kicks off, it’s not without consequences, ecologists say.

The way water filters through a forest might change, the fire regime could shift, and plant and animal species may have to adjust as their habitat of choice changes. All those changes happen. But none is quite as immediately scarring as when the landscape is marred by invasive threats.

“Invasive insects and diseases are a huge problem, maybe even the biggest challenge,” said Katie Greenberg a research ecologist at the Southern Research Station. “What takes over could spur big changes.”

In the case of the hemlock, the woody shrub rhododendron has emerged as the natural successor. It’s the same shrub found innocently planted in many front lawns. Studies done at the nearby Coweeta Hydrologic Laboratory indicate the evergreen species takes up more water than its predecessor, which is affecting forest hydrology and the water supply of communities downstream.

CAN BEETLES DO THE JOB?

Mayfield pulls a glass vial full of liquid out of his pocket. Inside are three tiny Laricobius beetles.

Using beetles to beat the woolly adelgid isn’t new. For two decades, scientists have been breeding the beetles in labs, exposing them in a tightly controlled manner to the outside world to ensure their release wouldn’t have unintended consequences. But that is an expensive process, one that outdoor insectaries would solve.

Recently, Mayfield and his team released beetles in the parking lot of the experimental forest near a large hemlock being attacked by adelgid. The hope is that they will get a taste for the insect and travel to this plot of still-healthy hemlock and multiply. Then in winters, researches could come to Bent Creek, shake the hemlock branches here, and collect a few thousand beetles and release them at other locations.

That isn’t exactly a tightly controlled experiment. There isn’t solid evidence to show the beetles can fully stop the woolly adelgid and save the eastern hemlock.

“Anecdotally in places where the beetle was released about 10 years ago, we’re seeing hemlocks surviving,” Mayfield said. “It’s hard to know how much of that is the beetles.”

As scientists pull out all the conservation stops to combat invasive invaders, it’s not lost on folks doing this work that there may come a point where someone decides the costs outweigh the benefits.

“I do think we have to think hard about how long we allow this cycle to continue and not just with hemlock, but with ash and others,” Mayfield said, standing under the shaded canopy within the insectary, rows of chest-high hemlocks peeking through the forest detritus.

Read the rest of the article at Scientific American, unless you’re a subscriber to Environment and Energy Publishing.