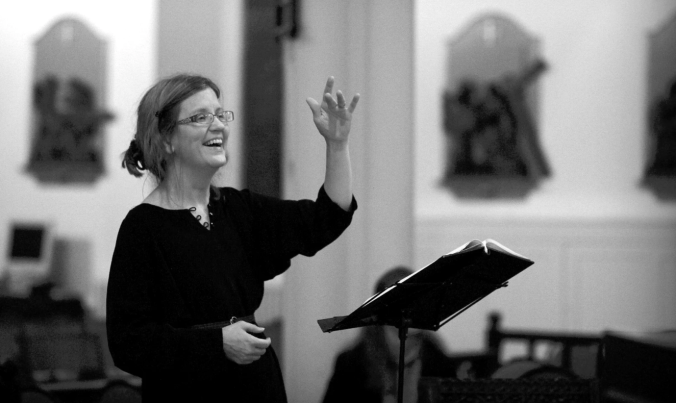 While I personally don’t focus on organized religion, I can’t deny the power of sacred music to uplift my spirit. This story of inspired Renaissance composition and modern-day curiosity resonates with historical sleuthing and musical puzzle solving.

Click on the Sound Cloud musical links, close your eyes and breathe deep.

Sisters doing it for themselves: radical motets from a 16th-century nunnery

Eight years ago, leafing through a bibliography of 16th-century music prints (like you do), my eye was caught by the title of a motet: “Salve sponsa Dei.” “Bride of Christ,” I thought. “Must be for nuns!”

It was one of 23 anonymous motets published together in 1543, so I did what any self-respecting nunologist would do, and ordered a reproduction of the book. As I put the motets into a usable edition for modern singers, I found they were unlike any other 16th-century music I’d ever seen. They were dense, intense and sometimes startlingly dissonant.

The music – for five equal voices (of unspecified sex) – is astonishingly beautiful and yet strange, radical even. These works had lain unsung and unloved for almost four centuries, mostly because they were anonymous. These days, anonymity suggests that whoever created the book, music, painting or whatever was not important enough, or the product is not good enough, for anyone to care who made it. But in the 16th century, anonymity was also an important way for members of the nobility to disguise their participation in commercial ventures that were considered beneath them (which is why Gesualdo, a prince, published his madrigals anonymously).

But Virginia Woolf was right when she said: “Anonymous was a woman.” Respectable ladies were also not supposed to enter the marketplace, so if their work did appear in print it would often do so without a name, or – as we know from later centuries – under a pseudonym. If circumstances were different, we might still think that the novels of George Eliot and Currer Bell were written by men. We will never know how much 16th-century music published anonymously, or by composers for whom we can find no biographical detail, was by women.