A blue whale off the coast of California. CreditSilverbackFilms/BBC

Ed Yon’g posting on the Atlantic website pursued the same natural history question as Nicholas St. Fleur’s How Whales Became the Biggest Animals on the Planet, and both science writers provide their specific source as seen here in the Times article:

…In a study published Tuesday in the journal Proceedings of the Royal Society B, a team of researchers investigated gigantism in baleen whales, the filter-feeding leviathans that include blue whales, bowhead whales and fin whales. The marine mammals became jumbo-size relatively recently, they found, only within the past 4.5 million years. The cause? A climatic change that allowed the behemoths to binge-eat…

The number of written words in both is about the same, and the quality of writing is comparable, but the photos in the Times article magnify the words there by, it seems, a thousand times, which explains why we are linking to another whale scale story a second day in a row: 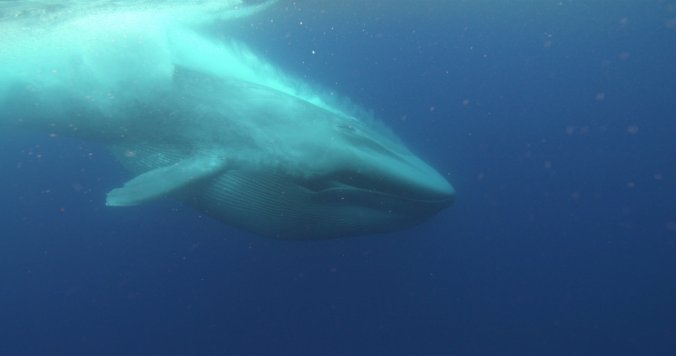 Whales have an interesting evolutionary history. They began as land-dwelling, hoofed mammals some 50 million years ago. Over several millions of years they developed fins and became marine creatures. Between about 20 million and 30 million years ago, some of these ancient whales developed the ability to filter-feed, which meant they could swallow swarms of tiny prey in a single gargantuan gulp. But even with this feeding ability, whales remained only moderately large for millions of years.

“But then all of a sudden — ‘boom’ — we see them get very big, like blue whales,” said Nick Pyenson, the curator of fossil marine mammals at the Smithsonian Institution’s National Museum of Natural History and an author of the paper. “It’s like going from whales the size of minivans to longer than two school buses.”

Dr. Pyenson and his colleagues measured more than 140 museum specimens of fossilized whales, and then plugged that data into a statistical model. It showed that several distinct lineages of baleen whales became giants around the same time, independently of one another. Starting around 4.5 million years ago, giant blue whales were popping up in oceans across the world alongside giant bowhead whales and giant fin whales.

The researchers suspected that an environmental change happened during that time that essentially caused the baleen whales to bulk up. After some investigation, they found that this time period coincided with the early beginnings of when ice sheets increasingly covered the Northern Hemisphere. 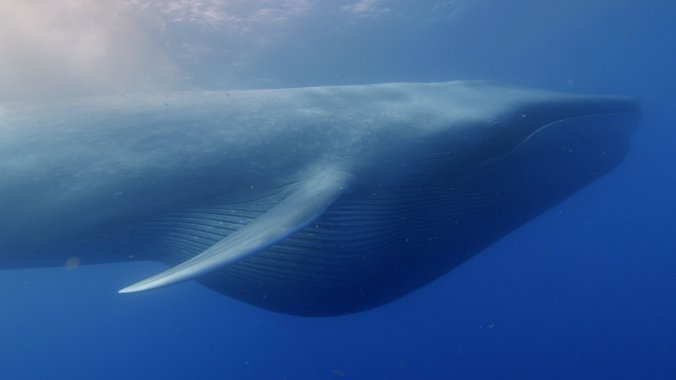 Baleen whales use their enormous mouths to filter-feed on krill and fish. CreditSilverbackFilms/BBC

Runoff from the glaciers would have washed nutrients like iron into coastal waters and intense seasonal upwelling cycles would have caused cold water from deep below to rise, bringing organic material toward the surface. Together these ecological effects brought large amounts of nutrients into the water at specific times and places, which had a cascading effect on the ocean’s food web…