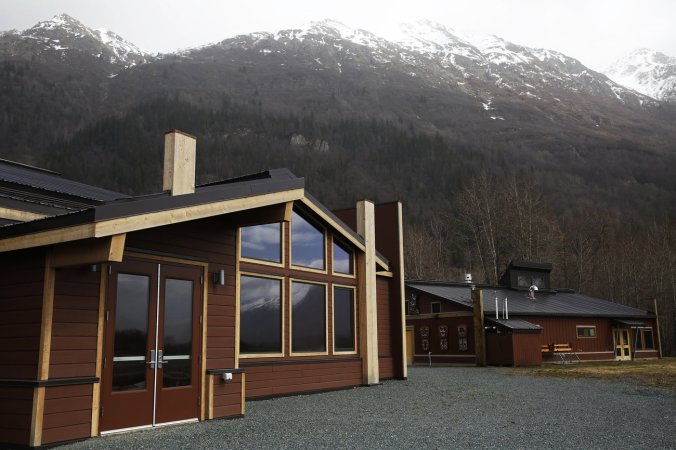 The Cultural Heritage Center is an $8 million investment in the community. Elissa Nadworny/NPR

It is not a question I have had to ponder (the opening line of the story below) for myself, but I get it. Losing the land, through battle, through treaties that are not honored, or otherwise, is an obvious existential threat for any community, and has been since the dawn of civilization. Invisible assets such as language, like any cultural heritage, also called intangible patrimony, are less obviously existentially important. But anyone who ponders it realizes that the loss of a language or another intangible component of cultural heritage matters to all of us, not only those who are at immediate and direct risk of its extinction. In the same way biodiversity matters, so does this.

And it is an underlying logic and motivator of our initiative with Ramon tree and its role in Mayan foodways. In earlier posts on the subject that I emphasized the environmental wonder of Ramon, but it is really a cultural heritage story, still to be told at Chan Chich Lodge. Meanwhile thanks to Melissa Block at National Public Radio (USA) for this story about one communities efforts along a related path:

What does it mean to lose your land, your language, and your heritage?

For Alaska Natives, these are existential threats.

On a trip to Southeast Alaska, I traveled to one village that is finding new ways to survive: Klukwan, ancestral home of the Tlingit tribe.

Nestled along the banks of the Chilkat River, Klukwan is quiet and tiny, home to about 90 people.

The Haines Highway runs through town, but on the day we visited, you could walk right down the middle of the two-lane road without worry of passing cars.

On a tour of the village, we pass by small homes and trailers: some abandoned, some with rusted old trucks out front, sinking into the soil.

“It’s a struggle,” says tribal president Kimberley Strong. “You see the buildings, some of ’em are falling down and dilapidated. But we’re working at it. We’re working very hard at trying to keep the village alive.”…