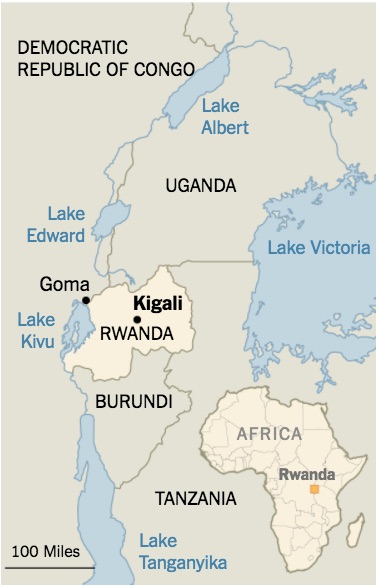 By The New York Times

Thanks to the New York Times for this success story from a small country in Africa that has been working its way steadfastly to global leadership, quietly but surely for the last decade-plus. Eliminating plastic bags from a country seems impossible, until you read how it was done:

GISENYI, Rwanda — They are sometimes tucked into bras, hidden in underwear or coiled tightly around a smuggler’s arms.

They’re not narcotics or even the illegally mined gold and diamonds that frequently make it across the border into Rwanda. But they are, at least in the eyes of Egide Mberabagabo, a watchful border guard, every bit as nefarious.

“They’re as bad as drugs,” said Mr. Mberabagabo, one of a dozen border officials whose job it is to catch smugglers and dispose of the illicit plastic he finds.

Here in Rwanda, it is illegal to import, produce, use or sell plastic bags and plastic packaging except within specific industries like hospitals and pharmaceuticals. The nation is one of more than 40 around the world that have banned, restricted or taxed the use of plastic bags, including China, France and Italy.

But Rwanda’s approach is on another level. Traffickers caught carrying illegal plastic are liable to be fined, jailed or forced to make public confessions.

Smugglers can receive up to six months in jail. The executives of companies that keep or make illegal plastic bags can be imprisoned for up to a year, officials say. Stores have been shut down and fined for wrapping bread in cellophane, their owners required to sign apology letters — all as part of the nation’s environmental cleanup.

Plastic bags, which take hundreds of years to degrade, are a major global issue, blamed for clogging oceans and killing marine life. Last month, Kenya put in place a rule that will punish anyone making, selling or importing plastic bags with as much as four years in jail or a $19,000 fine.

In Rwanda, the authorities say the bags contribute to flooding and prevent crops from growing because rainwater can’t penetrate the soil when it is littered with plastic…