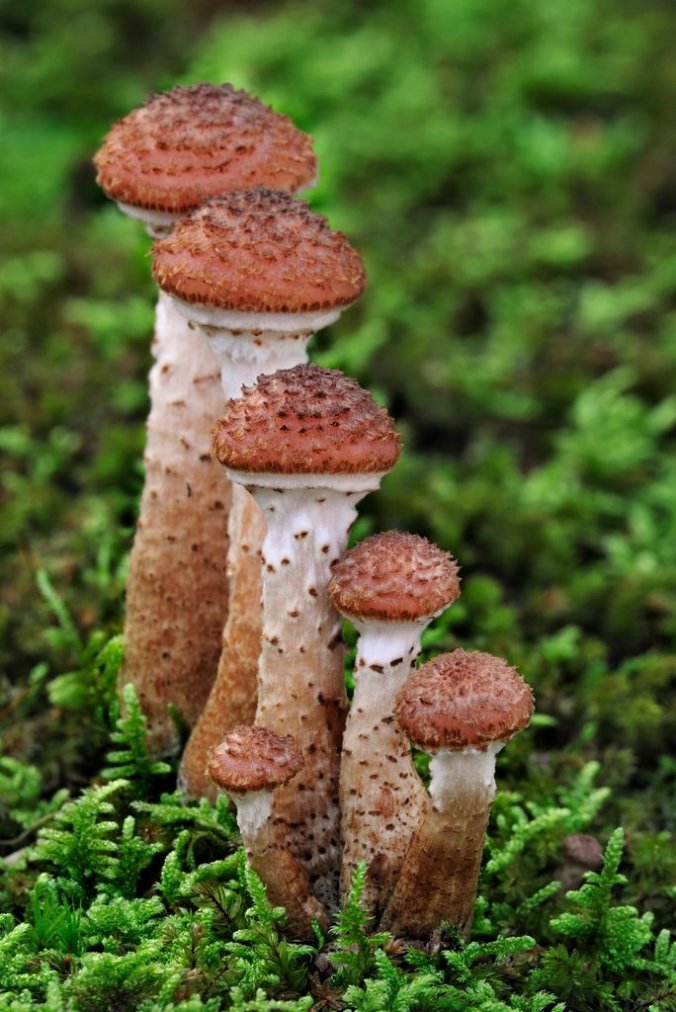 A forest floor dark honey fungus, or Armillaria ostoyae. The “Humongous Fungus,” living beneath the soil in Oregon sends these fruiting bodies, or mushrooms, above ground to disperse spores. Credit Arterra/UIG, via Getty Images

The Science section of the New York Times is a dependable source of occasionally brilliant ecological findings (amidst the more common overdoses of dark and dreary news) and this one helps start a new week on solid ground:

The Humongous Fungus and the Genes That Made It That Way

A new genetic analysis reveals the tactics that helped fungi in the Armillaria genus get so good at expanding and killing host plants.

Thousands of years ago, two microscopic spores spawned and created a monster. It grew — up to three feet a year — sending out dark, gnarly, threadlike organs called rhizomorphs that explored the subterranean darkness, foraging for food. Now it’s a nebulous body, a tangled mat beneath the Oregon soil that occupies an area the size of three Central Parks and may weigh as much as 5,000 African elephants.

Its scientific name is Armillaria ostoyae, but you can call it The Humongous Fungus. It’s the largest known terrestrial organism on the planet, according to the United States Forest Service.

Although none (that we know of) are as big, there are many others in the Armillaria genus. These fungi cause root rot disease in plants in forests, parks, orchards and vineyards across North America, Europe and Asia. What sets them apart from other fungi is those stringy rhizomorphs that find weak trees, colonize their roots, kill and eat them.

An international group of scientists led by Hungarian researchers now have completed the first step to defeating these fungal demogorgons. In a genetic analysis published Monday in the journal Nature Ecology and Evolution, they uncovered tactics that help Armillaria develop their unusual rhizomorphs, grow so big and get so good at killing host plants.

The biologists compared the genomes of four Armillaria species to 22 related fungi and looked for unique or special proteins and gene families. They also compared the rhizomorphs to their fruiting bodies, called honey mushrooms, at different stages of development.

They found that Armillaria fungi had expanded their genomes by copying certain chunks of it, which meant additional capacity for making new rules of behavior. In a way, the fungus had more genes involved in making it really good at being bad. For example, the team found extra proteins for killing cells and gobbling up the glue that holds plant cell walls together.

They also found special tactics for hiding: Armillaria can reabsorb substances lost in the soil that alert trees of their presence and avoid the tree’s full defenses. This lets them kill trees undetected and start leeching nutrients from the dead stuff before competing bacteria and fungi arrived. And if and when competitors do show up, Armillaria can create a chemical environment intolerable for them…