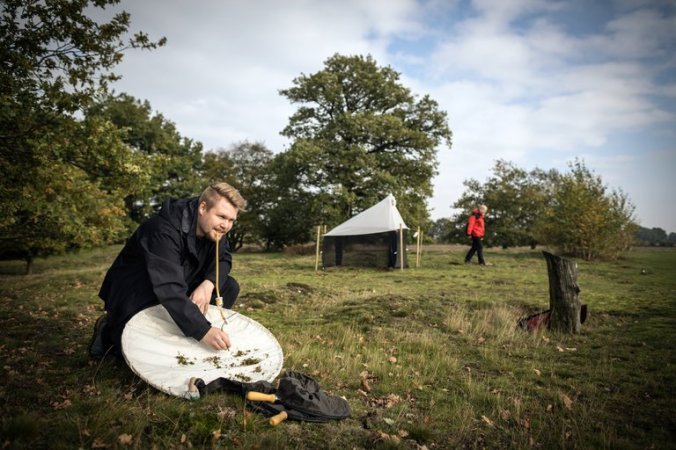 Thomas Hörren, a member of the Entomological Society Krefeld, collecting beetles from a soil sample. CreditGordon Welters for The New York Times

Thanks to Sally McGrane for this important article:

KREFELD, Germany — In a nature preserve in western Germany, an elderly gentleman approached a tent-like structure that was in fact a large trap for flying insects. Peering through thick eyeglasses, the 75-year-old retired chemist checked the plastic bottle attached at the top, filled with alcohol and bugs.

Then, with a glance at the clear, late-autumn sky, the man, Heinz Schwan, recalled comparing a 2013 haul from a trap like this one to samples taken in the same place some 20 years earlier. The drop was huge: “75 percent,” Mr. Schwan, a caterpillar lover, said.

Now their findings have been made public. The news shot around the world, eliciting headlines about “insect Armageddon.” The insect populations they tested had declined by more than 75 percent over the last three decades, explaining why, these days, car trippers no longer need to clean bugs from the windshield.

Lost in the flurry was the source of the news — the obscure, volunteer-run Entomological Society Krefeld, tucked away in western Germany near the Dutch border.

That a group composed not just of biology Ph.D.s but also chemists, electrical engineers, a schoolteacher and a physicist, among others, would be the ones to do such groundbreaking research did not surprise Dave Goulson, a bee expert at the University of Sussex, and co-author of a scientific article based on the group’s research and published this fall… 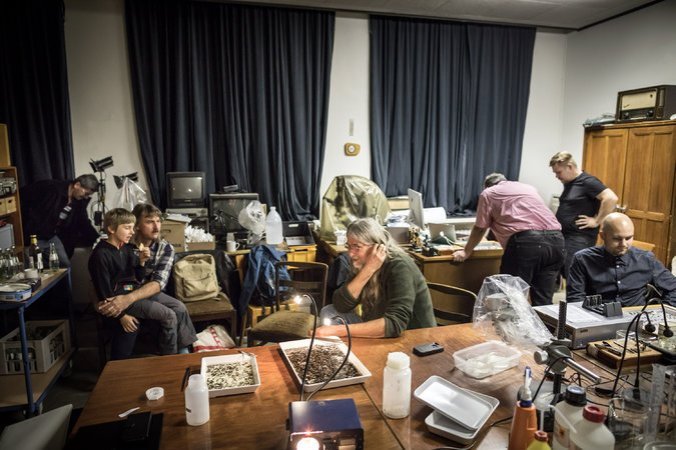 The all-volunteer society shocked the world by documenting a 75 percent drop in flying insect populations. Credit Gordon Welters for The New York Times

“In this field, amateurs are often the experts,” he said. “Most people don’t really pay attention to insects. With the exception of butterflies, because they’re pretty.”

Bugs have long gotten short shrift, scientifically. Estimated to make up more than half of all animal life, only about 10 percent of insect species are thought to have even been named.

In addition, raw data about the creatures is hard to come by. “This kind of monitoring is unspectacular, so it usually doesn’t get done,” said Teja Tscharntke, a professor of agro-ecology at the University of Göttingen. “That’s where the hobbyists from Krefeld come in.”

Their study looks at 63 nature preserves mostly in the area around Krefeld. But experts say it is likely to reflect the insect situation in places like North America, where monoculture and pesticide use are widespread.

“People have been saying, ‘There just doesn’t seem to be as many ‘X’ as there used to be,’” said Steve Heydon, senior scientist at the University of California, Davis’s Bohart Museum of Entomology, of the Krefeld study. “It’s nice to have it documented. Figures change it from an opinion to a fact.”

Mr. Tscharntke agreed. “I was a little surprised, but it fits with what we know about, say, insect-eating birds disappearing,” he said…