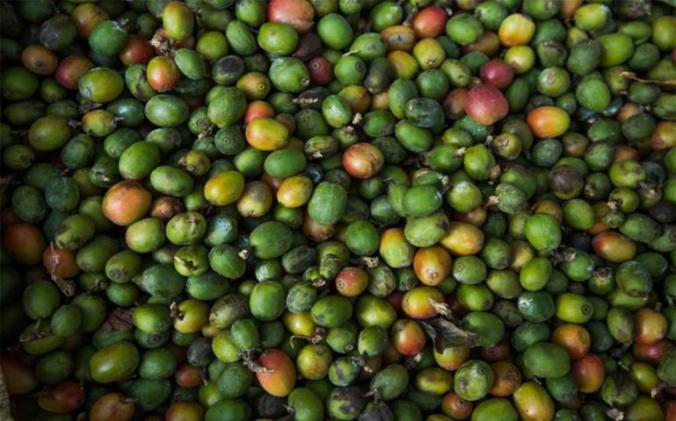 I have spent most of the last year expanding my coffee knowledge. One thing I was already confident about, and remain so, is that arabica is better than robusta on two scales that matter most to me: taste, and environmental impact. From 2010-2017 during our residency in the Western Ghats, we developed and opened a series of properties where both taste and environmental impact were brand signatures formed in Costa Rica. 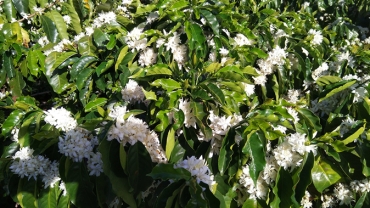 With regard to coffee, I knew there was more than one good reason why Costa Rica only permits arabica coffee to be grown in the country. And we sourced the highest grade arabica coffee produced in the Western Ghats as much as we could. 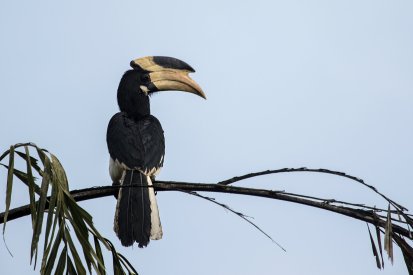 A Malabar pied hornbill, one of 204 species of bird found on coffee plantations in a new study, which found that the tree cover from shade-grown coffee farms provides a welcome habitat for all kinds of animal species. Credit Shashank Dalvi

I took to India a conviction that robusta coffee was to be avoided, but a few months ago started learning otherwise. Today I have read an article that reminds me to keep rethinking.

Thanks to Jason Daley in Sierra magazine for this look at the same scientific findings as those I first read in February in the New York Times,  (as I drink an organic arabica that I am sampling from a roaster in Atlanta, and even with this news about robusta I expect to remain committed to arabica for my own consumption, as well as our commercial purposes):

Which Coffee Is Better for Biodiversity?

When coffee consumers think about the most sustainable way to manage their caffeine habit, they normally think about the cup it’s in—is it recyclable? But what about the coffee itself? Some coffee plantations require clear-cutting—will drinking one type of coffee have a bigger impact on the environment than another?

Coffee, it turns out, doesn’t come from just one plant; there are two species of coffee that make it into pots around the world. Coffee cognoscenti insist on arabica beans, the species that tends to offer a richer, smoother, more complex flavor. But in recent years, the second species, robusta, is having a renaissance, now accounting for 40 percent of the world coffee market. Not only is it consumed in developing areas of the world, the brew is used to add extra caffeine to traditional Italian espresso and fill out commercial blends of ground coffee. Farmers love it, too, because it is less labor intensive and more insect resistant. In the Western Ghats of India, the seventh-largest coffee-producing nation in the world, many farmers are pulling out their finicky arabica bushes and planting robusta.

But sun-loving robusta requires growers to thin forests to let in more light. Shade-grown coffee plantations have been known to be good habitat for forest birds since they leave the canopy intact. With the expansion of robusta plantations, researchers wondered if that habitat was at risk.

To solve the mystery, researchers from the Wildlife Conservation Society, Princeton, and the University of Wisconsin, Madison, compared the bird biodiversity on arabica and robusta coffee plantations in the Western Ghats. The team gathered data between 2013 and 2015. What they found was surprising. Both arabica forests, which average a 95 percent canopy cover, and robusta farms, averaging an 80 percent canopy, were pretty good at supporting birds. According to the findings, published in Scientific Reports, 79 forest-dependent bird species utilized the plantations, including three IUCN Red-Listed species: the Alexandrine parakeet, Psittacula eupatria; the grey-headed bulbul, Pycnonotus priocephalus; and the Nilgiri wood pigeon, Columba elphinstonii.

The study allays some concerns that robusta production dramatically degrades habitat and shows that coffee plantations can complement protected wildlife areas. That’s especially important in a place like the Western Ghats, where only a small fraction of the land is legally protected. “An encouraging result of the study is that coffee production in the Western Ghats, a global biodiversity hot spot, can be a win-win for birds and farmers,” lead author Charlotte Chang, said in a statement…