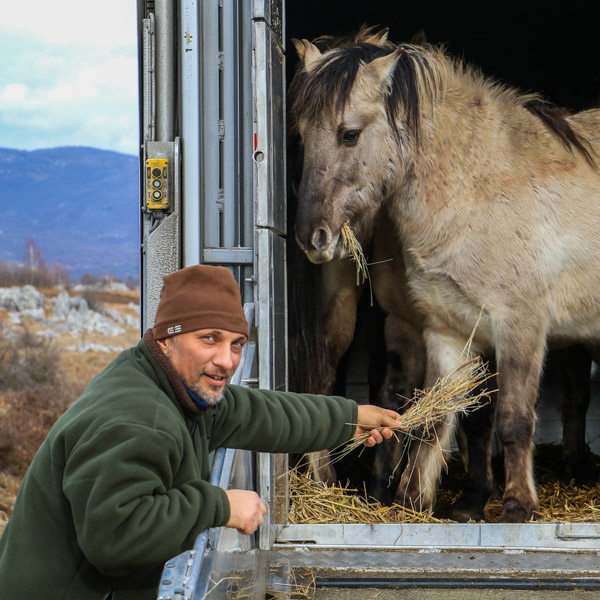 Croatia, playing in its first World Cup final today, makes this rewilding story from the Velebit Mountains, and interview with its team leader, timely:

This dramatic mountain chain, right on the Adriatic coast in Croatia, is one of the wildest areas of the whole Mediterranean. A region where wild nature is really coming back.

Velebit is one of the most important natural areas in the Balkans and situated on the Adriatic coast of Croatia. It hosts two national parks, a biosphere reserve and several wonderful old-growth forests, deep canyons, ancient open lands and exciting wildlife like Balkan chamois, red deer, brown bear, wolf and lynx…

Velebit hosts a diversity of habitats

How would you characterise your rewilding area?
Velebit is one of the most important natural areas in the Balkans. The area hosts an extraordinary diversity of different habitats, from barren Mediterranean landscapes at sea level, via vast beech forest of central European type, to almost boreal systems and alpine grasslands at higher altitudes. Outside protected areas in the south and east there are several other very interesting areas also with great rewilding potential, mainly consisting of abandoned farm and grazing lands. Apart from its fantastic wildlife, Velebit is also a climber’s paradise, home to spectacular caves and breathtaking sceneries.

What have the major achievements been in your rewilding area to date?
We have managed to increase wildlife numbers by decreasing hunting pressure, and have influenced opinion and public policy through field activities in close collaboration with local entrepreneurs, the hunting community, academic institutions and the national government. We have aso identified the unique ecological value of this area (especially the old-growth forests), and raised their profile on the European stage.

What would you like to see achieved in your rewilding area in the next five years?
It would like to see it established as one of the finest and best protected wildlife and wilderness areas in Mediterranean Europe, providing a new sources of income and pride for the people who live here, as well as for Croatia as a nation.

For each rewilding area we developed an inspiring vision that shows our ambition for the next ten years. Together with our local partners we work to make this vision a reality.

Read more on this topic here.