The safety officer Brian Rougeux assembles a radar dome while working at the research camp above Helheim Glacier near Tasiilaq, Greenland, on June 20, 2018. #
Lucas Jackson / Reuters

Alan Taylor, who  compiles and edits the news photo blog “In Focus” for the Atlantic, shares 21 spectacular images with captions that help even a lay person understand better the science of climate change:

Earlier this year, Lucas Jackson, a photographer with Reuters, joined a team of scientists affiliated with a NASA project named Oceans Melting Greenland (OMG) and traveled with it to the Greenland ice sheet and fjords. Jackson photographed the researchers as they set up their scientific equipment and took readings to help understand the ongoing impact of the melting glaciers and map out what to expect in the future. Jackson says: “For both journalists and scientists, climate change is difficult to document. It most often happens imperceptibly—a tenth of a degree increase in temperature, a few less inches of rain, a slowly melting ice sheet.”

The pilot in command Tom Parent checks out the exterior of a NASA Gulfstream G-III during a preflight inspection of the aircraft before a flight to support the Oceans Melting Greenland (OMG) research mission at an airport in Keflavik, Iceland, on March 12, 2018. #
Lucas Jackson / Reuters 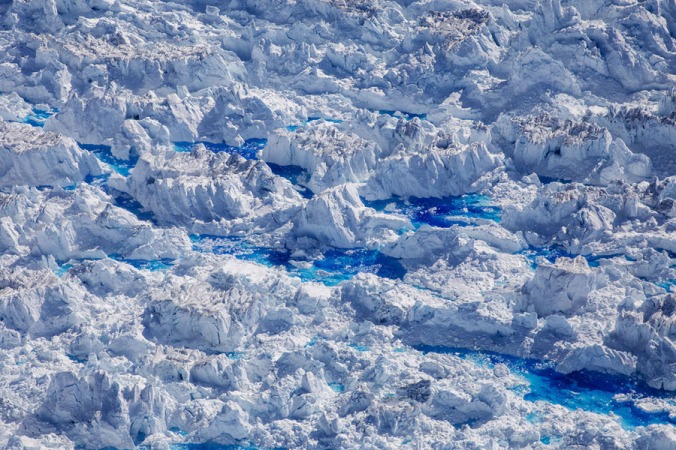 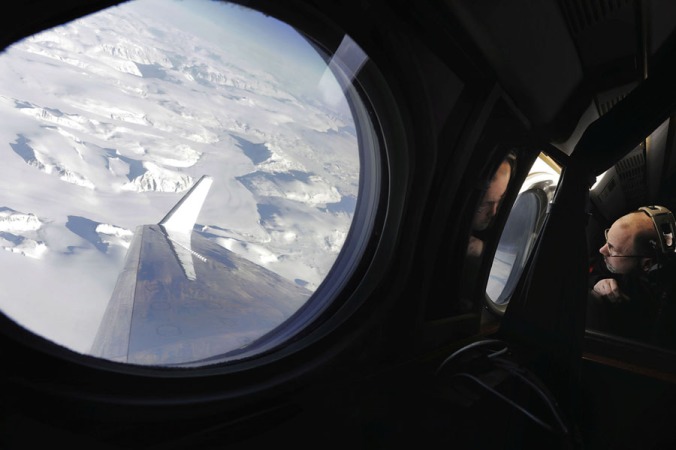 Eric Ianson, the earth-science-flight-programs director at NASA, looks out at the Greenland ice sheet while inside a NASA Gulfstream III flying to measure loss to the country’s ice sheet as part of the OMG research mission on March 13, 2018. #
Lucas Jackson / Reuters