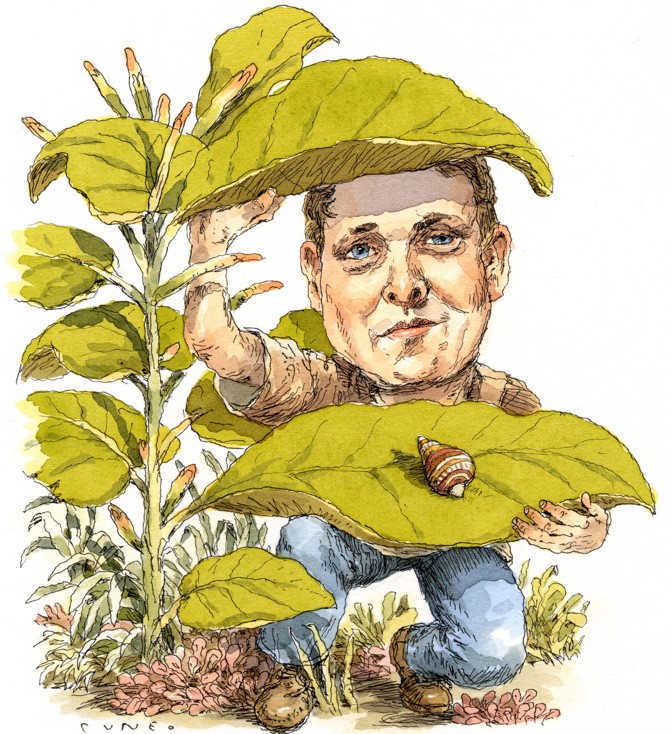 Ed Yong, one of the excellent science writers who does not shy away from troubling findings–but mostly amazes us with pure inspiration about how nature works–has a real downer of a career for us to contemplate today. It is a long read, less dark than it first sounds, and worth the read:

The Last of Its Kind

The biologist David Sischo has a tragic assignment: keeping vigil over a species’ sole survivor, then marking its extinction in real time.

Sometime on new year’s day, as the people of Hawaii recovered from a night of revelry, in a trailer on the outskirts of Kailua, Oahu, a 14-year-old snail named George died. David Sischo, who works in the trailer but was taking a rare day off, found out at 7 o’clock the next morning, when a colleague discovered George’s limp body and texted him. “I usually don’t hear from her that early, so before I even read the text, I felt that something bad had happened,” Sischo told me.

Few people would mourn a snail, but Sischo and his team had spent years caring for George. He was a daily constant, a familiar friend. He was also the last known snail of his kind, the final Achatinella apexfulva. It is said that everyone dies alone, but that was doubly true for George—alone at the end both in his cage and in the world.

When the last of a species disappears, it usually does so unnoticed, somewhere in the wild. Only later, when repeated searches come up empty, will researchers reluctantly acknowledge that the species must be extinct. But in rare cases like George’s, when people are caring for an animal’s last known representative, extinction—an often abstract concept—becomes painfully concrete. It happens on their watch, in real time. It leaves behind a body. When Sischo rang in the new year, Achatinella apexfulva existed. A day later, it did not. “It is happening right in front of our eyes,” he said.

Hawaii was once known for its snails, or kāhuli. Most are smaller than the average garden snail, and far more beautiful. Their shells swirl with the palette of a chocolate box—dark brown, chestnut, white, the occasional splash of mint. Sischo compares them not only to candy but also, because many live in trees, to Christmas ornaments. All of them descended from ancestral mollusks that arrived in Hawaii millions of years ago, perhaps on the bodies of birds. Those stowaways gave rise to more than 750 species—an incredible radiation that turned the snails into exemplars of evolution’s generative prowess…