The Economist has not been one of our go-to sources for stories because it has an ideology that sometimes gets in the way of deeper investigation. Their stories and explanations are extremely thorough and very compelling, but we can usually guess the answer before the question is even asked.  Every now and then they surprise us, and here is a good example:

How did hunger for the humble pod lead to greed, crime and riches? Wendell Steavenson travels to Madagascar to meet the new spice barons 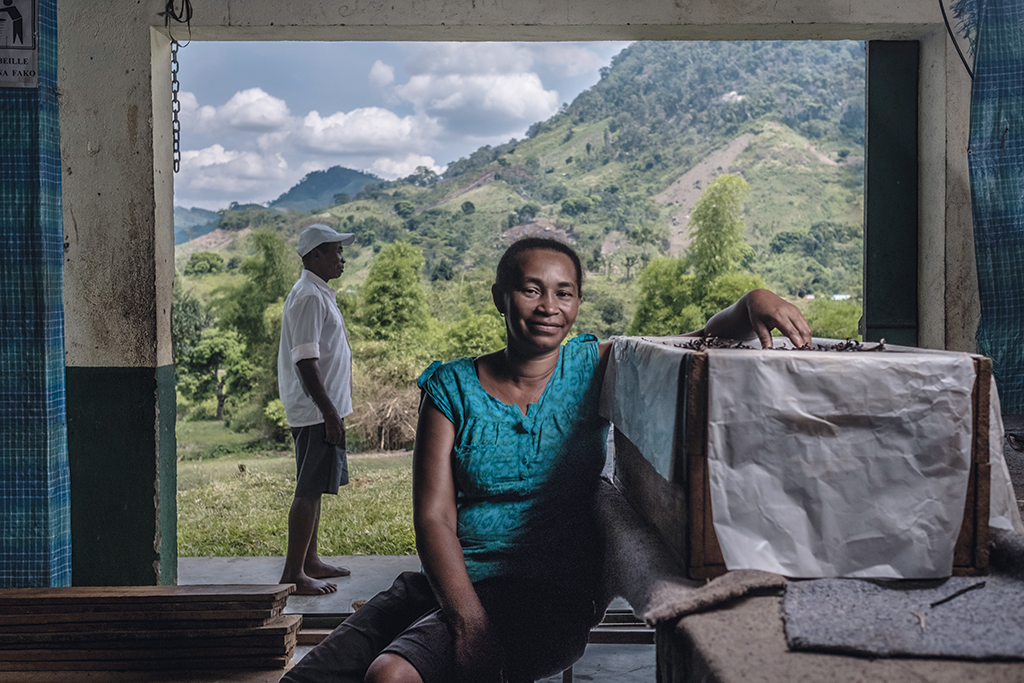 I follow Felicité Raminisoa and her father, Romain Randiambololona, up a narrow track along the forested slopes of her family’s farm in southern Madagascar. It is lychee season and, as we walk, we break off branches of fruit and peel off the pink, spiky shells. Large yellow jackfruit grow like Chinese lanterns among loquat and clove trees, pepper vines and coffee plants. Sapphire dragonflies flash by as they chase each other over ponds of tilapia dammed into the valley. The air is muggy under the banana leaves but grows fresher as we climb. In all directions we can see vanilla vines winding around tree trunks. Each zigzag stem has been trained so that it grows no higher than Raminisoa can reach. Every so often she stops at a pale-yellow bloom and parts its waxy petals. With a spike snapped from an orange tree, she delicately scrapes away the membrane separating the anther from the stigma in order to pollinate the flower. This is a task that requires perfect timing. Each flower must be pollinated by hand on the morning it blooms or the beans won’t sprout. 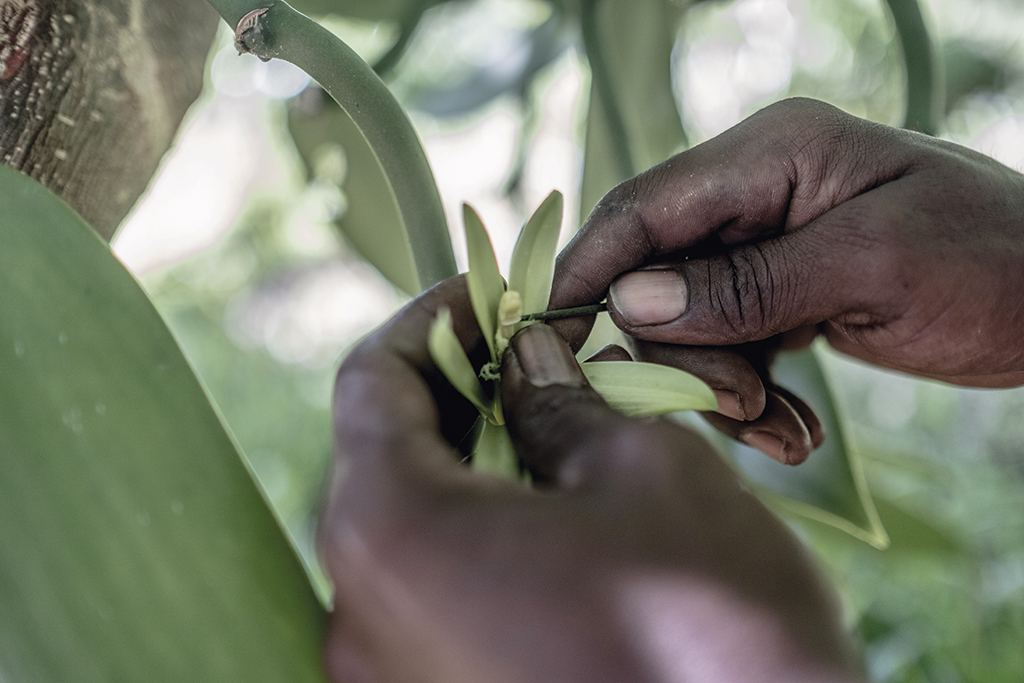 Blooming marvellous
A vanilla flower is pollinated by hand

The family began to plant vanilla vines about 20 years ago mostly as “decoration”, says Randiambololona, his big grin punctuated by a missing tooth. At first the family sold fresh green vanilla pods to tourists, surprised that they would pay anything for them. But in 2014 the price of vanilla began to rise. Over the next three years it went from less than $40 per kilogram to more than $600 per kilogram. It felt like money was growing on their trees. In 2016 Raminisoa travelled to the northern region of Sava, where vanilla has been grown for generations, to learn how to cure the green pods into the commodity that was in such demand: pungent and wizened black beans.

It can be difficult to grow vanilla in plantations, where it becomes susceptible to disease. But the humid heights of Madagascar offer the right climate for the plant to thrive. And the large pool of poor smallholders on the island provides abundant workers to grow this labour-intensive plant.

Curing vanilla pods requires precise judgment and intuition, like winemaking. The beans, which grow in long green-fingered bunches, are harvested individually. Green vanilla must be blanched in hot water at a temperature of between 62°C and 64°C within a week of being picked. Over the next three months, the vanilla is wrapped in blankets, then massaged and spread in the sun to dry. Green vanilla is flavourless. The enzymes that transform the glucovanillin in the plant into vanillin – the molecule that gives vanilla its distinctive aroma – emerge only through curing. One expert described the smell of high-quality cured vanilla to me as a combination of prunes, leather and Play-Doh.

When Raminisoa returned from the north she built a curing hut on the slope behind her parents’ house. “You have to have everything prepared,” she says. “Charcoal to heat the water, large pots, blankets and drying racks. In the north they have a special song they sing, about paying attention, about having patience.” Working with vanilla, she explains, “needs discipline and passion”.

The family income rose with the price of vanilla. But this has put their crops – and even their lives – at risk. In 2015 the whole family congregated for a funeral. When they returned home they found that all the trees in the lower part of their property had been stripped of their pods. Everyone knew who the culprits were, says Raminisoa, but the police did nothing…