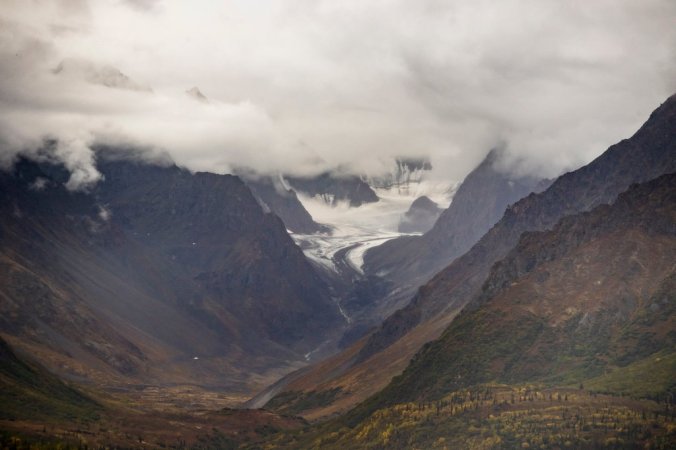 Mountains in ​Denali National Park, Alaska. National parks are more popular than ever, but suffering from underfunding. Heather McGrath/Redux

Thanks to Jon Waterman, a former park ranger and the author of National Geographic’s Atlas of the National Parks, for this note of caution:

CARBONDALE, Colo. — Deep inside Alaska’s six-million-acre Denali National Park and Preserve, I could see miles of space beneath my feet as I stood on the summit of the tallest mountain in North America. The startling view from the 20,310-foot Denali of rugged wilderness spreading out in all directions, plus the challenge of climbing it, were just two of the many wonders and adventures that I’ve experienced in America’s national parks.

I recently finished writing a book for National Geographic, Atlas of the National Parks, based on extensive research, a lifetime of exploring the parks and several years in the 1980s working as a ranger in two of them, Denali and Rocky Mountain in Colorado.

I meant the book as a celebration of the 103-year-old national park system, and it is. But what I also discovered was an operation in deep trouble, with some parks degraded by ruinous overcrowding; invasions of nonnative plants and animals that are upending delicate ecological balances; and a warming climate that is melting glaciers and withering away the rare yuccas that give their name to Joshua Tree National Park.

Adding to these woes, the system is badly underfunded and suffering from neglect. This is not a new problem, but it is getting worse, with deferred maintenance that mostly predates the Trump administration now topping $11 billion. But President Trump isn’t helping. He wants to cut the National Park Service’s budget by $481 million next year and is reportedly considering privatizing campgrounds and commercializing the parks in ways that contradict the agency’s goal of harmonizing with nature.

We need to arrest this decline and make the park system the national priority it should be. We need to inventory and assess the health of these magnificent parks and ask some hard questions about the capacity of celebrated retreats to withstand the millions of visitors who arrive every year. In 2016, the centennial of the Park Service’s creation, 330 million were recorded at the 419 parks, recreation areas, monuments, seashores and battlefields and other places that make up the system. The agency’s mandate of wide-open access and preservation has become a paradox that we need to sort out.

As Dan Wenk, the former superintendent of Yellowstone National Park, put it, “The least-studied mammal in Yellowstone is the most abundant: humans.” Unfortunately, a lack of leadership has prevented the Interior Department, which oversees the Park Service, from determining at what point crowds interfere with the preservation of each park.

The challenge is a tough one. Mr. Wenk told a group of businessmen in 2016 that he could foresee a peak-season cap on visitors to Yellowstone. The new superintendent has said he has no plans to limit access to the park.

Our parks were intended as havens from the stresses of the modern world and places where the nation’s natural and historic legacies would be preserved. But the world continues to close in on them. In May, the National Parks Conservation Association said that 96 percent of the parks were compromised by “significant” air pollution problems, with most having unhealthy air for portions of the year.

Yellowstone has 1,386 native plant species and 225 nonnative ones. And this is only a fraction of the more than 6,500 species of disruptive invasive species of animals and plants found proliferating on some of the 85 million acres administered by the Park Service…