The waters and mountains of the Inian Islands, near Glacier Bay, Alaska.Lauren Migaki/NPR

With help from books and YouTube, Abe Marcus (left, pictured with Yasamin Sharifi, center, and Tsu Isaka) has been learning how to operate a coal-powered, hand-cranked forge found on the property. Lauren Migaki/NPR

There is a great story shared yesterday on the National Public Radio (USA) website, told in unusually long form for that outlet, by Anya Kamenetz. I look forward to more stories by this journalist — she relates a story that is as far away from my own experience as I can imagine, but I feel at home in it. The picture to the right, from near the end of the story, hints at one reason. But it is not that. Nor is it the fact that I witnessed the birth and evolution of a similar initiative in Costa Rica.

I taught a field course in amazing locations (2005 in Senegal, followed by Costa Rica in 2006 followed by Croatia, India, Siberia and Chilean Patagonia), but that bore little resemblance to the initiative in this story. All those factors may help me feel at home in this story, but mostly I relate to it as a story told well for the purpose of understanding the motivations of a social entrepreneur and incidentally her commitment to experiential learning.

In Alaska’s Wilderness, A New Vision Of Higher Learning

Marcus stands in front of the massive vegetable garden at The Arete Project in Glacier Bay, Alaska. Lauren Migaki/NPR

In Glacier Bay, Alaska, mountains rush up farther and faster from the shoreline than almost anywhere else on the planet. Humpback whales, halibut and sea otters ply the waters that lap rocky, pine-crowned islands, and you can stick a bare hook in the water and pull out dinner about as fast as it takes to say so.

This is the place 31-year-old Laura Marcus chose for her Arete Project. Or just maybe, this place chose her. 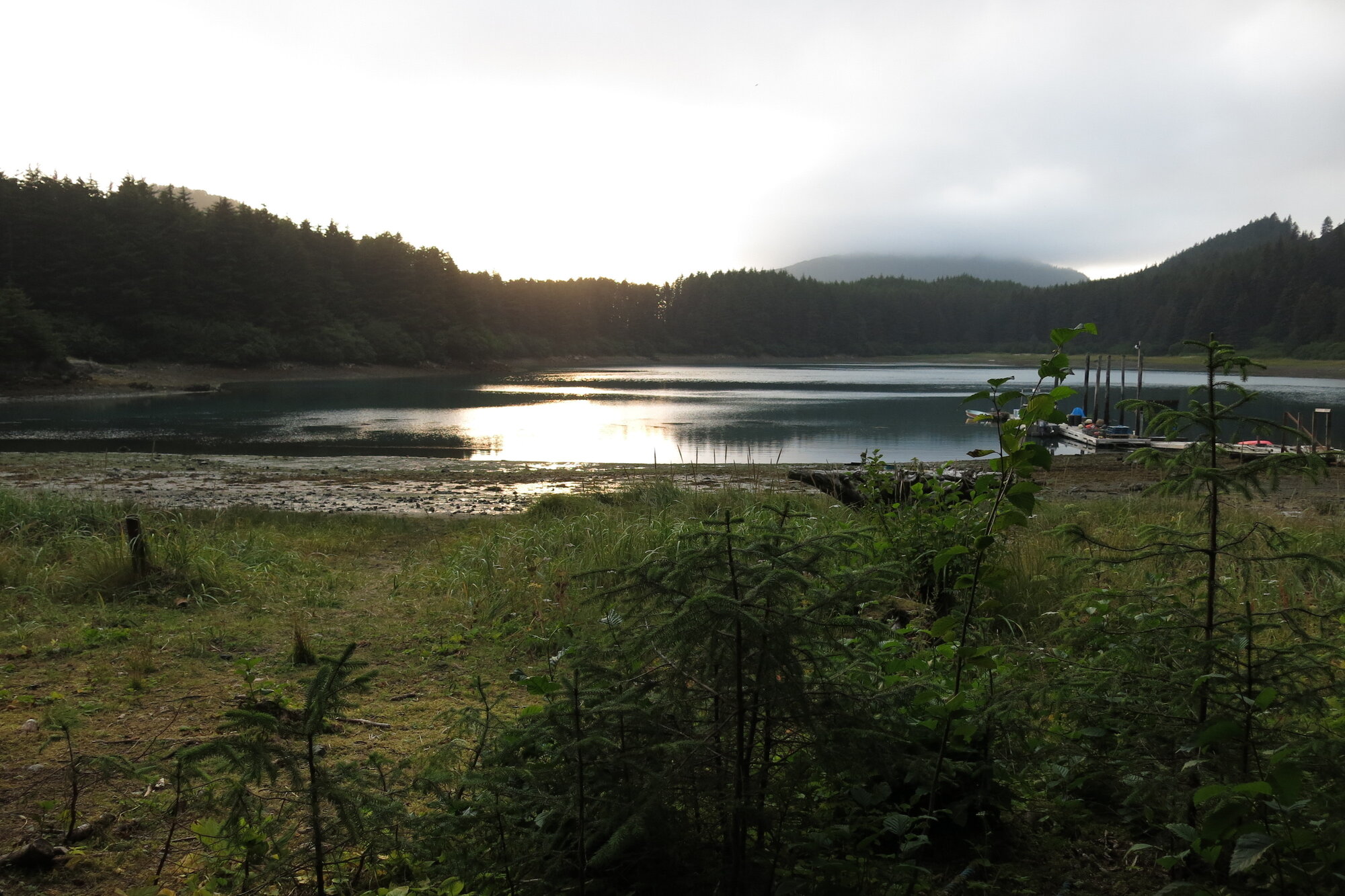 The Arete Project takes place in the remote wilderness of the Inian Islands in southeast Alaska.
Lauren Migaki/NPR

Arete in Greek means “excellence.” And Marcus’ Arete is a tiny, extremely remote program that offers college credit for a combination of outdoor and classroom-based learning. It’s also an experiment in just how, what and why young people are supposed to live and learn together in a world that seems more fragile than ever. It’s dedicated, Marcus says, to “the possibility of an education where there were stakes beyond individual achievement — where the work that students were doing … actually mattered.”

Marcus’s own college dream began with a rejection. As a high schooler in Indiana, more than anything, she wanted to go to Deep Springs College. It’s set on a working cattle ranch in California where, on top of their studies, students do hard outdoor labor and practice self-governance — that is, they help run the school and make decisions collaboratively.

“I called up the admissions office to plead my case, not knowing that at the time that the admissions office was a 19-year-old guy that I was talking to on the phone, and basically was told, sorry, we won’t consider your application.” The reason? From its founding in 1917 up until 2018, Deep Springs accepted only men. “And so that ended that dream for the moment, but I really never lost sight of that.”

By the time she got to Yale, Marcus had decided that if she wouldn’t be allowed into Deep Springs, she would found a new one — this time, open to all.

Marcus believes that the traditional education system, even in its most excellent form, fails in its stated mission of preparing citizens and leaders, because of its constant focus on individual achievement. Actually, she would say that the traditional system is “inimical” to its stated mission. Four years of living among fishermen and hunters in rural Alaska have not cured her of a penchant for 20-dollar words.

Marcus spent some time as a ranger in Yosemite and Glacier National Parks. Then Deep Springs came calling — they had voted to become co-ed, and did she want to work for them? Recruiting the first-ever class of women?

She did. Only to have two members of the college’s board take the college to court to try to stop them from letting any woman in. (The challenge eventually failed, and Deep Springs admitted its first class with women students in 2018)…