Most of us find ourselves these days in need of better negotiating tools, to navigate the big changes imposed by forces seemingly out of our control. Adam Grant has not featured enough in these pages, but here is a small step in the right direction.

In Negotiations, Givers Are Smarter Than Takers

Generosity is a sign of intelligence, and givers are the rising tide that lifts all boats. 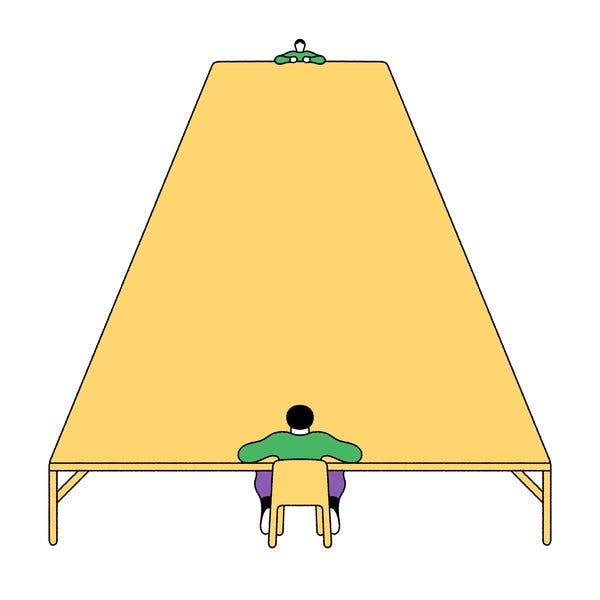 In 2010, a Costa Rican diplomat named Christiana Figueres set out to do something that many people saw as impossible. The United Nations had appointed her to build a global agreement to fight climate change. She needed to get 195 countries on board, and one of the biggest challenges was Saudi Arabia. Their economy was dependent on oil and gas exports, so they had every incentive to keep profiting from that rather than reducing their carbon footprint.

When the pie seems fixed, it’s common to panic and treat resources as scarce. In crisis, we often do whatever it takes to protect ourselves. That’s especially clear today: In the past few weeks, we’ve seen hoarders collect thousands of bottles of hand sanitizer, and spreaders ignore warnings to maintain physical distance to avoid infecting vulnerable groups. We’ve watched policymakers withhold emergency funds. “It’s give and take, but it’s got to be mostly take,” President Trump said in 2015, summing up his negotiation philosophy. “You got to mostly take.”

That was the art of the deal: Be a taker. But now there’s a science of the deal, with decades of evidence on what separates great negotiators from their peers. It tells a different story: Being a giver may actually be a sign of intelligence.

In one of my favorite studies, researchers tested people’s intelligence with a series of quantitative, verbal and analytical reasoning problems. Then they sent them off to negotiate. Intelligence paid off — but not in the way you might expect. The smarter people were, the better their counterparts did in the negotiation. They used their brainpower to expand the pie, finding ways to help the other side that cost them nothing…