Mongabay‘s Rhett A. Butler offers an engaging conversation with the new leader of GEF, who we have confidence will lead this institution to the planet’s benefit. His realization at a young age about seasonal differences in bird abundance is a good example of why programs like Celebrate Urban Birds in places where migratory birds come and go are so important. It has been too long since we last sourced from Mongabay, but today we correct that with this recorded interview (click above) and the printed version (click below):

The post-COVID opportunity for the environment: An interview with the GEF’s Carlos Manuel Rodriguez 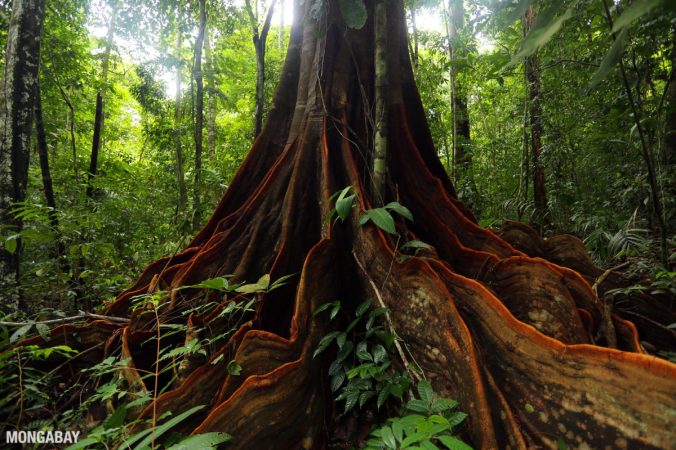 Tropical forests in places like Costa Rica (pictured) can be an important source of livelihoods by attracting nature-oriented tourists. Photo by Rhett A. Butler.

Rhett A. Butler for Mongabay: Congratulations on the new role at the Global Environment Facility.

Rodriguez: Well, I’m very pleased and honored. I’ve been working half my professional life in government and half within the civil society in Costa Rica. I have worked very close to the GEF, including in the early days of the GEF. I was a negotiator for CBD for the Rio convention and also had the fortune to work with the government of Costa Rica in the first implementation of GEF funding in Costa Rica. Those were very interesting times, the mid-1990s.

I’m really delighted that 25 plus years after that, I’m leading this very prestigious organization. I never thought I would have that opportunity, particularly for coming from a developing country, a recipient country.

Mongabay: How did you get interested in the environment or nature in the first place?

Rodriguez: I was born in 1960 so I grew up in a very different Costa Rica than the one that we have today. Today, Costa Rica is quite urban as opposed to when I was a kid, which was very rural. So I spent a lot of time in the outdoors.

I come from a family with a strong tradition in coffee farming so I spent a lot of my days as a kid in the family farm. That coffee farm was right next to a larger track of a primary forest that eventually the government of Costa Rica protected.

I remember as a kid spending my holidays and summertime in the family coffee farm. My cousins were very much interested in the coffee operation. I was delighted in hiking the forest and looking for wildlife. My grandfather was a sport hunter. There was a tradition back here, and I remember joining him in some hunting expeditions in that primary forest. And that has an impact on me, not just because the contact that I had with nature, but also I began to appreciate the diversity of animals and plants of Costa Rica.

I remember one time at the age of 10 or 12 when I visited the family farm that there were suddenly a lot of more birds than I usually saw. This was my first introduction to migratory species. And that was a very interesting finding for me: half of the year, there were a lot more birds than the rest of the year. I didn’t know why, but I knew when.

Once I had access to books—because there was no internet—I found that there were migratory species coming from Canada and the U.S. to Costa Rica. That some of those very small, beautiful yellow warblers were coming from all the way from the United States was really shocking to me.

In the ’80s, I saw deforestation big time in Costa Rica. Costa Rica was not exempt from development in the ideas of putting land under production. And based on the fact that Costa Rica had an economic system that depended a lot on crops and cattle ranching, resulting in deforestation. The forest was impacted by forest fires, deforestation, and logging. That really helped me understand that what should I be doing in my professional career.

Mongabay: From that start, you rose as high as you could possibly go in the environment in Costa Rica when you became the Minister of Environment and Energy. I’d love to hear about your path to that position. And then, once you’re in that position, Costa Rica made very impressive progress on issues like forest conservation, payments for ecosystem services, and decarbonization of the economy. I’d like to hear about which of those achievements you’re most proud of and why?

Rodriguez: By the end of the mid-1980s, I was part of the second generation of conservation in Costa Rica. The first generations were the founders of the national parks systems, but they were concentrating in national parks. My generation was much more concerned about deforestation and not other environmental problems like hydropower: big dams was an issue back then. We were questioning the decision-making processes and the lack of value and recognition for nature.

So with a group of friends, we established a watchdog organization. I cut my teeth fighting big dams and logging companies, and I decided that I should get involved in politics.

A few of our friends were vetted to create a green party, but we decided to try to work with the traditional political parties. Back then, we had two main political parties; center-left, center-right. And we began working from the inside out.