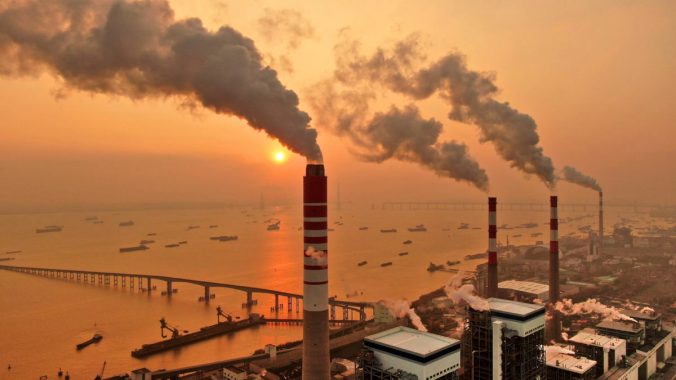 What is the real intent on addressing climate change, we must wonder:

Despite Pledges to Cut Emissions, China Goes on a Coal Spree

China is building large numbers of coal-fired power plants to drive its post-pandemic economy. The government has promised a CO2 emissions peak by 2030, but the new coal binge jeopardizes both China’s decarbonization plans and global efforts to tackle climate change.

China’s National People’s Congress meetings, which ended earlier this month, were shrouded in both a real and figurative haze about how strong its climate ambitions really are and how quickly the country can wean itself from its main source of energy — coal.

During the Congress, air pollution returned to Beijing with a vengeance, hitting the highest levels since January 2019, as the economy hummed out of the pandemic. Steel, cement, and heavy manufacturing, predominantly backed by coal power, boosted China’s carbon dioxide emissions 4 percent in the second half of 2020 compared to the same pre-pandemic period the year before. At the same time, the goals in the country’s 14th Five-Year Plan on energy intensity, carbon intensity, and renewables were hazy as well, little more than vague commitments to tackle carbon dioxide emissions.

Coal remains at the heart of China’s flourishing economy. In 2019, 58 percent of the country’s total energy consumption came from coal, which helps explain why China accounts for 28 percent of all global CO2 emissions. And China continues to build coal-fired power plants at a rate that outpaces the rest of the world combined. In 2020, China brought 38.4 gigawatts of new coal-fired power into operation, more than three times what was brought on line everywhere else…