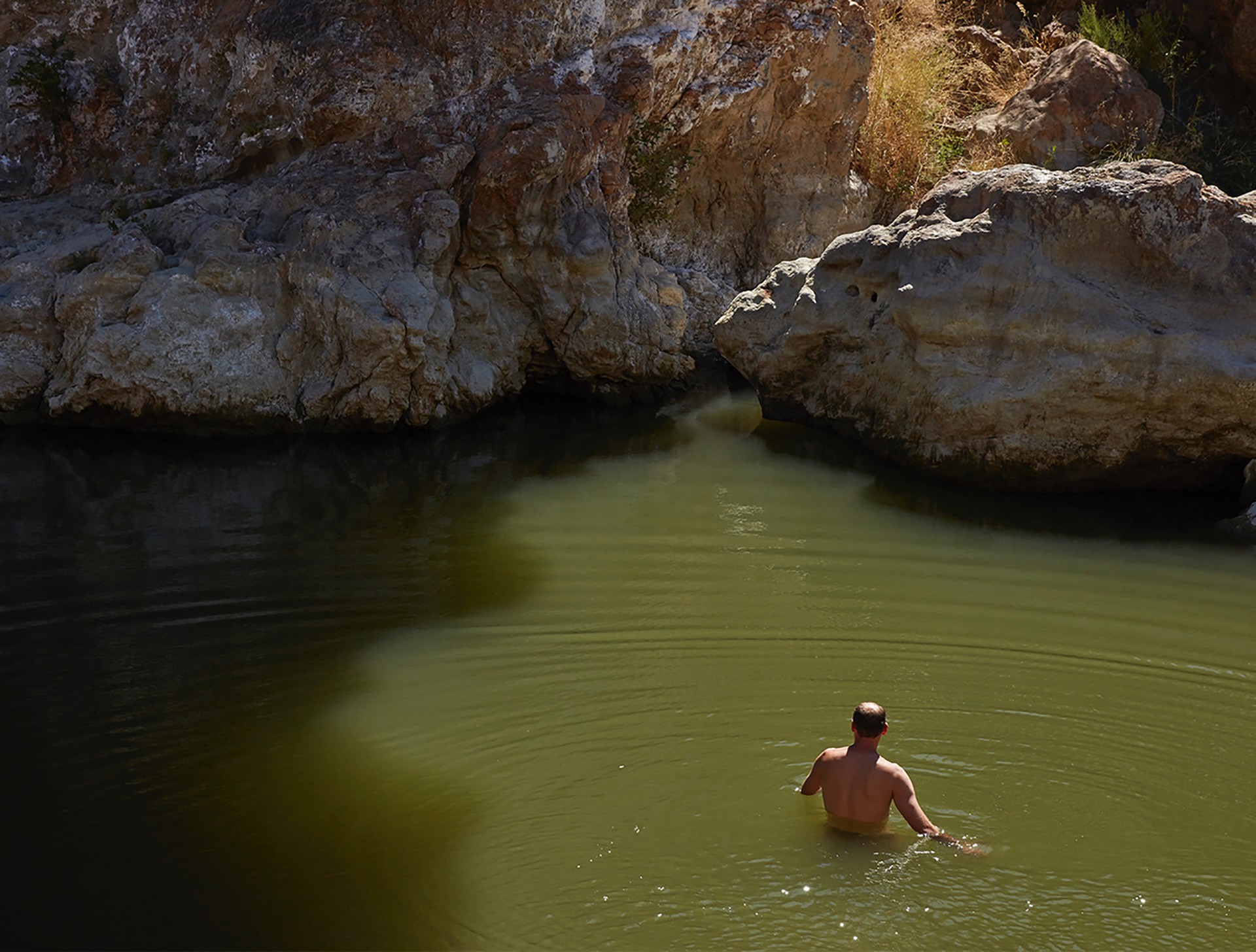 Thanks to Anelise Chen, for this story in the Atlantic, for signaling that summer is here for those in the northern hemisphere:

Swimming in the Wild Will Change You

One man’s journey through public waterways—whether sparkling or dirty or algae-filled—challenges us to look differently at the commons.

Some months ago, as the weather was first turning warm, I was out walking along the Mill River in New Haven when I saw a young man emerge from the water. He appeared to have gone for a swim wearing nothing more than boxer briefs. The sight was shocking; the river had barely thawed, and I’d always thought the unspoken rule about urban rivers was that you didn’t get into them (especially not half naked). This particular stretch at the base of East Rock Park looked idyllic enough, with willows and elms growing along its banks, but around the bend, the water passed through an industrial area with rotting factories and massive dunes of road salt.

I asked him why he had decided to swim there. Given that a year ago, a sewage spill had dumped more than 2 million tons of waste into the river and the Long Island Sound, and signs had been posted telling people not to get close, I imagined he would address my surprise head-on. But his response was remarkably unneurotic. “This was here, and I felt like swimming,” he said dreamily. I wanted to ask him whether he was worried about getting a rash, or cholera, but didn’t. After he left, I put my hand in the water and considered the river anew. Could I imagine myself going for a swim in this spot?

I might have once filed away swimming in the Mill River under classic case of adolescent insanity, but a year of quarantining has revealed that all kinds of previously unthinkable hobbies are viable, even welcome, forms of leisure. One unforeseen boon of the pandemic has been a newfound attunement to the local, as restricted travel has forced us to tap into our immediate surroundings. Many of us have spent the past year getting to know our block, our park, researching our neighborhood’s histories and monuments, its flora and fauna. Perhaps wild swimming—the practice of swimming in rivers, ponds, and lakes, which I had caught this young man engaging in—could be a new opportunity to pay more attention to the waterways close to home.

Wild swimming is a splashy term for what humans have always done, but the custom was given full shape and expression with the publication of one seminal book. During a drenching rainstorm in the summer of 1996, while taking a swim in the moat behind his Elizabethan farmhouse, the environmentalist and writer Roger Deakin conceived an idea to swim through the waterways of Britain. “I wanted to follow the rain on its meanderings about our land to rejoin the sea,” he wrote, “to break out of the frustration of a lifetime doing lengths.” Inspired by John Cheever’s story “The Swimmer,” in which the protagonist, Ned Merrill, “swims home” via a quasi-subterranean “stream” of backyard swimming pools, Deakin began to imagine a similarly linked byway of lakes, rivers, marshes, and swimming holes across the country. In his early 50s and mourning the end of a long love, Deakin yearned for a “medieval quest.” Like Merlin’s transforming King Arthur into a fish as part of his education, swimming would be a way of “getting under the skin of things, of learning something new.”…