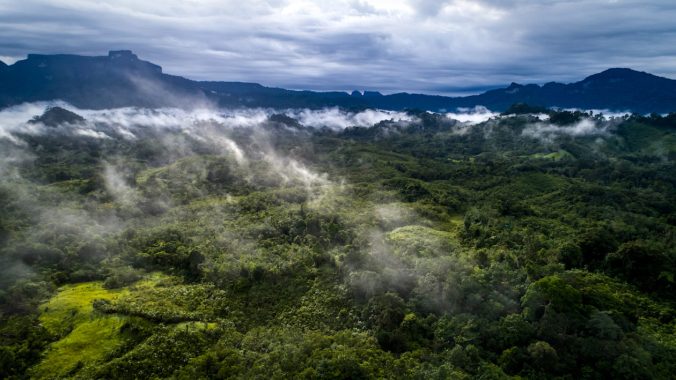 Thanks to Fred Pearce, as always:

Major funding to finance forest conservation projects is set to be announced at the UN climate summit next week. But some environmentalists contend the LEAF program could exclude the Indigenous people who have long protected the forests that the initiative aims to save.

After a decade of disappointing failures, UN-backed schemes to fight climate change by capturing carbon in the world’s forests are set for a comeback. Big new funding will be announced at next week’s climate conference in Glasgow, Scotland that would deliver billions of dollars in private finance for conservation projects in tropical forests, with governments and companies being able to use the carbon offsets from those projects to achieve their net-zero emissions pledges.

But concerns are growing that these new mega-offset projects will happen at the expense of forest communities.

The most ambitious new project is called LEAF, which stands for Lowering Emissions by Accelerating Forest finance. It has support from the U.S. and UK governments and finance from blue-chip private-sector giants such as Amazon and Unilever. It aims to turn nations into forest carbon “sinks.”

This ambition has many enthusiasts for nature-based solutions to climate change excited. “We urgently need flows of funds channeled into developing countries,” Charlotte Streck of Climate Focus, a Dutch-based international consultancy on climate finance, told Yale Environment 360. “We have lots of private money willing to be invested, but corporates need confidence.”

But it makes other environmentalists nervous. Some fear that LEAF will become a new platform for projects that provide an excuse for polluters to delay cutting their emissions by purchasing carbon offsets. Friends of the Earth International this week condemned the whole idea of nature-based solutions as “a dangerous deception” that would allow big business — it named oil giant Shell and food company Nestle — to “continue to expand climate and nature-trashing operations.”

And some land-rights activists say LEAF threatens to create a global “carbon grab,” in which governments and corporations take carbon rights in forests from Indigenous people and local communities, thus excluding them from selling carbon credits to fund their own conservation work.

“The nub of the issue is that LEAF further incentivizes governments to assert state ownership over carbon rights [and] capture the benefits of the trade,” says Andy White, a senior advisor at the Rights and Resources Initiative (RRI), an international coalition of land-rights holders and their allies.

The scale for potential carbon grabs is huge. A review by RRI and McGill University, published in May, found that most of the lands and territories targeted for offsets “overlap with areas customarily held by Indigenous Peoples, local communities, and Afro-descendant Peoples.” It estimated that these forests held around 300 billion tons of carbon. Yet forest communities had legal title to only 10 percent of their forests, and carbon rights to even less…