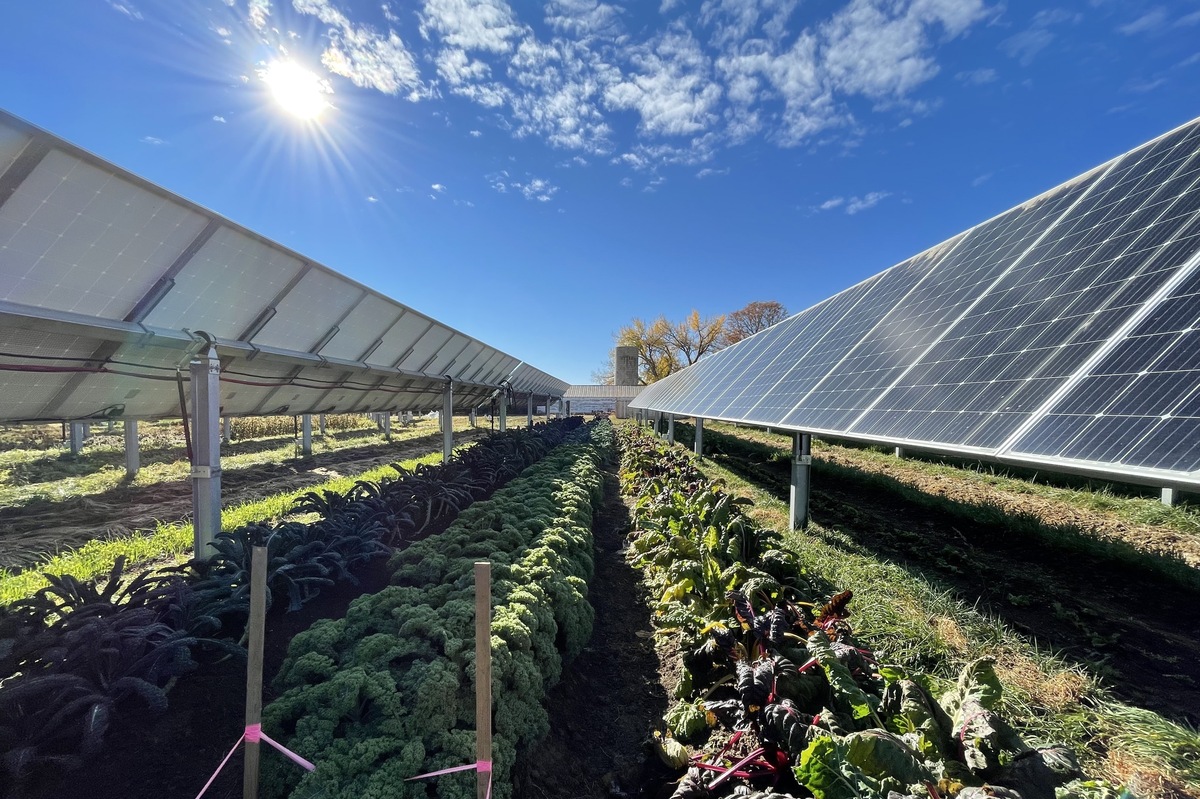 This year, the garden produced more than 8,000 pounds of produce, while the panels above generate enough power for 300 local homes. Kirk Siegler/NPR

When the poro and other trees we planted in the last two years mature, they will provide shade for a thousand or so coffee saplings. High elevation arabica coffee likes shade, and birds like the habitat. Those trees are growing fast, but it will be decades until their full shade potential is reached. As I read “This Colorado ‘solar garden’ is literally a farm under solar panels” I can picture an interesting complement to the shade poro provides:

When Byron Kominek returned home after the Peace Corps and later working as a diplomat in Africa, his family’s 24-acre farm near Boulder, Colo., was struggling to turn a profit.

“Our farm has mainly been hay producing for fifty years,” Kominek said, on a recent chilly morning, the sun illuminating a dusting of snow on the foothills to his West. “This is a big change on one of our three pastures.”

That big change is certainly an eye opener: 3,200 solar panels mounted on posts eight feet high above what used to be an alfalfa field on this patch of rolling farmland at the doorstep of the Rocky Mountains.

Getting to this point, a community solar garden that sells 1.2 megawatts of power back into the local grid wasn’t easy, even in a progressive county like his that wanted to expand renewable energy. When Kominek approached Boulder County regulators about putting up solar panels, they initially told him no, his land was designated as historic farmland.

“They said, land’s for farming, so go farm it,” Kominek says. “I said, well, we weren’t making any money, you all want to be 100% renewable at some point so how about we work together and sort this out.”

They eventually did, with help from researchers at nearby Colorado State University and the National Renewable Energy Lab, which had been studying how to turn all that otherwise unused land beneath solar panels into a place to grow food.

With close to two billion dollars devoted to renewable power in the newly passed infrastructure bill, the solar industry is poised for a win. But there have long been some tensions between renewable developers and some farmers. According to NREL, upwards of two million acres of American farmland could be converted to solar in the next decade.

But what if it didn’t have to be an either or proposition? What if solar panels and farming could literally co-exist, if not even help one another.

That was what piqued Kominek’s interest, especially with so many family farms barely hanging on in a world of corporate consolidation and so many older farmers nearing retirement…