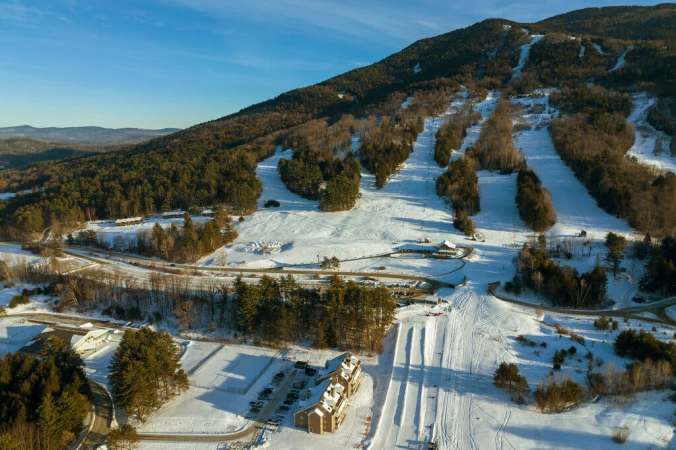 The Ascutney ski resort once boasted 1,800 vertical feet of skiing on over 50 trails. When it closed for the last time in 2010, it was a crushing blow to the town of West Windsor. Caleb Kenna for The New York Times

Volunteers inspire more volunteerism, so here is another story about a community volunteering to save its own future, thanks to David Goodman and the New York Times for A Town That Saved a Mountain, and a Mountain That Saved a Town: 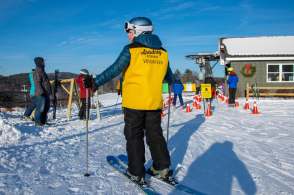 At the heart of the mountain’s revival is Ascutney Outdoors, a nonprofit with over 100 volunteers that now runs recreation on the mountain. Caleb Kenna for The New York Times

After the Ascutney ski resort in Vermont closed because of erratic snowfall and mismanagement, it threatened to take with it the nearby town of West Windsor. The community took the situation into its own hands.

Jim Lyall briskly skied up Mount Ascutney, eagerly pointing out the view. We were skinning up a ski area in southern Vermont, but the chairlifts are long gone. At the top of the mountain we arrived at an abandoned ski patrol cabin and lift station. A cold breeze whipped through the deserted structures. It had a ghostly, post-apocalyptic feel.

Mr. Lyall beckoned me up an old chairlift ramp. He swept his ski pole across the panorama and pointed to the snow-covered summits of Okemo and Killington, ski resorts that lie within a 30-mile radius. The White Mountains of New Hampshire felt close enough to touch.

“There would be many times that I would stand up here and watch storms dump snow on those ski areas and just bypass Ascutney. We couldn’t win,” said Mr. Lyall, an avid backcountry skier.

In its heyday, the Ascutney ski resort boasted 1,800 vertical feet of skiing on over 50 trails, and included a high-speed quad chairlift, three triple chairlifts and a double chairlift. But when it closed in 2010 because of scant snow and mismanagement (twin killers of small ski resorts), it threatened to take with it the nearby community of West Windsor, Vt., population 1,099.

“Property values plummeted, condos on the mountain saw their value decrease by more than half, and taxes went up,” recalled Glenn Seward, who worked at the resort for 18 years, once as the director of mountain operations. The town’s general store, the gathering place of the community, also went broke and closed.

“We were desperate,” said Mr. Seward, who at the time was chair of the West Windsor Selectboard, a Vermont town’s equivalent of a city council.

That desperation led the community to hitch its fortune to the mountain, becoming a model for how a small ski area and its community can thrive in the era of climate change. Working with the state of Vermont as well as the nonprofit Trust for Public Land, the town bought the failed ski area in 2015. But instead of allowing a private company to run the mountain, contracting out its operations, the local residents themselves would chart a sustainable, volunteer-driven path for the ski area…