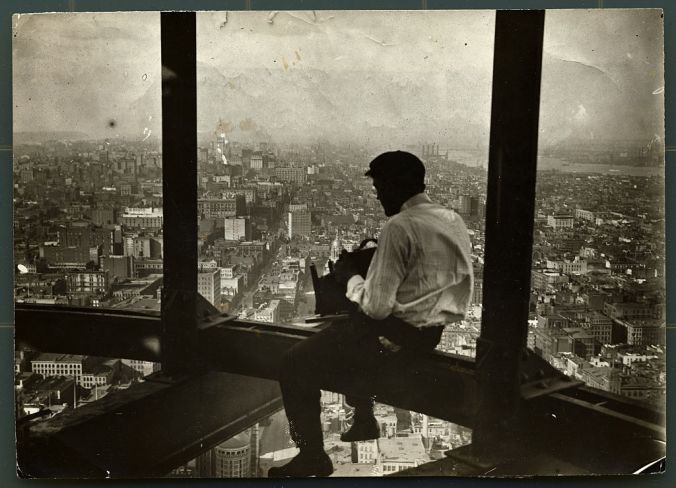 (Original Caption) A man sitting atop a girder over the city is shown taking photos of the unfinished municipal building. 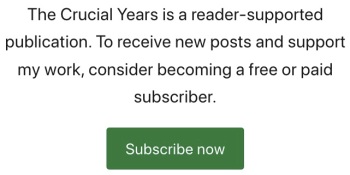 Bill Mckibben’s newsletter is one of the most efficient ways to stay informed on issues of interest to us in our daily posts on this platform. This week’s edition, titled Needs Improvement, is as good as any other recent edition. Consider subscription options that suit your budget by clicking the button, if you appreciate what you read below:

The Economic Giants Must Do Better than Meh

No one expects small businesses to be the leaders on climate change, though of course a noble handful are. It’s the giants—who have enormous brands to protect, and large margins to cover the cost of changing—that need to be out front. The ones with big ad campaigns with lots of windmills and penguins and cheerful shots of the smiling future. The ones who have made a lot of noise about ‘net zero.’ And how are they doing? Meh.

The New Climate Institute, a European think tank, just released a study of 25 of the biggest companies on earth, ranging from the shipping giant Maersk to the bookshelf giant Ikea to the stare-at-your-palm giant Apple. These titans account for 5 percent of the world’s carbon emissions all by themselves. And they’re not dropping those emissions anywhere near fast enough.

In fact, the report finds that for many companies the promised 100% reduction will look more like 40%. “It is not clear these reductions take us beyond business as usual,” Thomas Day, the researcher who compiled the report, told the Guardian. “We were very disappointed and surprised.” The “over-use of offsetting” was one of the main reasons most companies were marked down, said Day—i.e., these companies were promising to buy and protect forests. Except that too many credits go for forests that were never going to be cut down in the first place, or for forests that burn up in fires.

Two more notes: these companies are also often cash-rich, and there’s not yet been a proper accounting of how that money sitting in the bank is unwittingly underwriting the fossil fuel industry. And these companies don’t just make things—they also buy political influence with vast fleets of lobbyists. Too many of those lobbyists fanned out across Washington in recent months to wreck the Build Back Better bill—it was a target of the Business Roundtable and the Chamber of Commerce and of most of the Fortune 500, because it dares to raise corporate tax rates a smidge to pay for, you know, a working planet for capitalists to plunder, I mean consumers to live on, I mean—you know. As Rolling Stone pointed out at the height of the BBB battle in the fall, many of the tech execs who spoke loudest about the climate crisis were blocking the most useful effort so far to stop it.

The very low comedy of this particular drama was highlighted late in January when Biden hosted CEOs at the White House to build support for some version that Prime Minister Manchin might be persuaded to support. Mary Barra, the CEO of GM, was on hand—GM had actually supported the bill because it handed over a goodly sum for EVs. But Barra had also just taken over the rotating chairmanship of the Business Roundtable, which is the toppest of top CEOs, and as Politico reported, she was not planning to push the organization to change its implacable opposition.

“General Motors has been very clear about our support for Build Back Better, particularly the climate change provisions that will accelerate the adoption of electric vehicles and support to build out US supply chain,” Jeannine Ginivan, a spokesperson for General Motors, told Politico. “Mary was at the White House this week to support Build Back Better. She was there in her role as chair and CEO of General Motors.” And, as its part of this farcical pas de deux, the spokesperson for the Business Roundtable duly explained that of course they’d like the “climate investments” too but not if “Congress adopts the sweeping and anticompetitive tax increases included in the House-passed bill.”