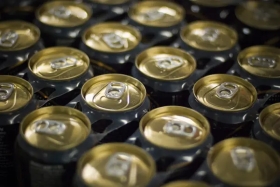 Why did it take this long, you might ask? It is not clear from this article. But that it is happening at all is surprising, so we hope it is correct to say better late than never: Soda and Beer Companies Are Ditching Plastic Six-Pack Rings

In an effort to cut down on plastic waste, packaging is taking on different forms that can be more easily recycled or that do away with plastic altogether.

The plastic rings ubiquitous with six-packs of beer and soda are gradually becoming a thing of the past as more companies switch to greener packaging.

The changes are taking different forms — from cardboard to six-pack rings made with leftover barley straw. While the transitions can be a step toward sustainability, some experts say that simply switching to different packaging material could be the wrong solution or not enough, and that more plastic needs to be recycled and remade.

This month, Coors Light said it would stop using plastic six-pack rings in the packaging of its North American brands, replacing them with cardboard wrap carriers by the end of 2025 and eliminating 1.7 million pounds of plastic waste every year.

The initiative, which the company said would be supported by an $85 million investment, is the latest by a major brand to replace the six-ring plastic loops that have become a symbol of harm to the environment…