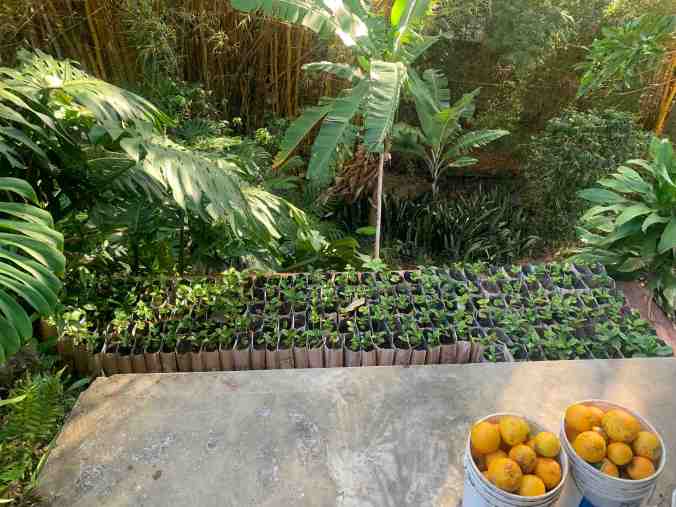 Seedlings from coffee picked in early 2021

On a couple of acres of mountain land in Escazu, on property that once was part of a larger coffee farm, we have been preparing to plant a thousand or so coffee saplings, which will eventually become trees among trees. Above are the thriving seedlings from 2021 germination, and below the early stage of germination from this year’s pickings. 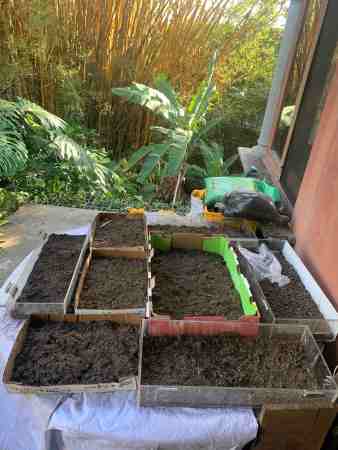 Germination of coffee picked in early 2022

Coffee culture has been a long time in the making, so the slow pace of the Organikos arc has not intimidated me. And yet, if I could speed it up, I would because of the variety of beneficiaries.

Today an article by Cristen Hemingway Jaynes on the website EcoWatch brings to my attention a team of researchers who I will pay more attention to. Some are here in Costa Rica, at CATIE; the others at University of Vermont. Their work makes me appreciate the value of getting on with this:

Birds and bees work together as pollinators. DansPhotoArt on flickr / Moment / Getty Images

For many people, one rich, pleasant smell signals the start of a new day more than any other: coffee. Different techniques have been used to get the best cup of the caffeine-rich liquid, from a French press to the pour-over method.

A unique new study has found that the secret to better coffee is really in control of the birds and the bees.

In the study, researchers found that when birds and bees joined forces to protect and pollinate coffee plants, the result was coffee beans that were bigger, more abundant and of better quality, reported the University of Vermont. Some of the flying assistants come from thousands of miles away, and without them the $26 billion coffee industry would see a 25 percent decrease in crop yields, or about $1,066 per hectare —  a hectare equals almost two and a half acres — in coffee losses.

“Until now, researchers have typically calculated the benefits of nature separately, and then simply added them up,” said Alejandra Martínez-Salinas of the Tropical Agricultural Research and Higher Education Center (CATIE), who was the study’s lead author, the University of Vermont (UVM) reported. “But nature is an interacting system, full of important synergies and trade-offs. We show the ecological and economic importance of these interactions, in one of the first experiments at realistic scales in actual farms.”