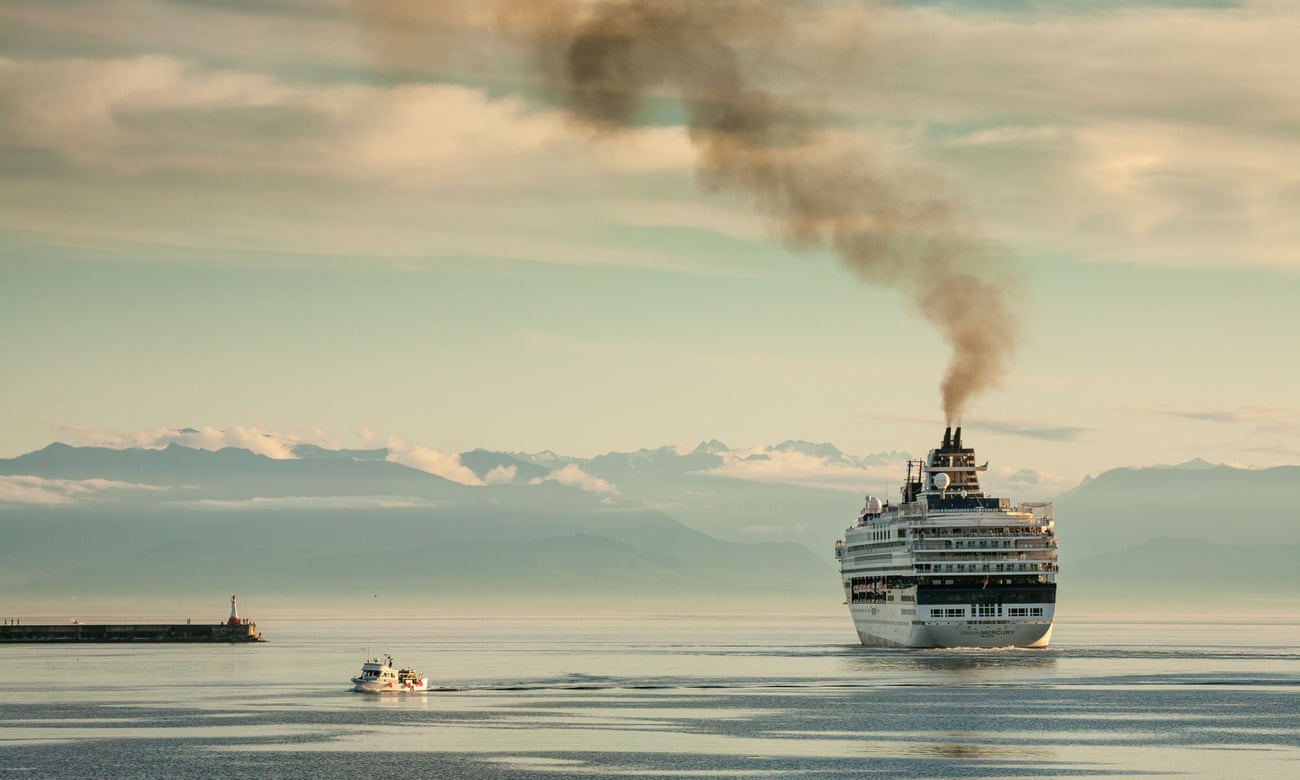 A cruise ship leaving the port of Victoria in British Columbia, Canada, where environmental laws are less stringent than in the neighbouring US states of Washington and Alaska. Wildlife put at risk by cruise ships dumping waste include sea otters and orcas. Photograph: Shaun Cunningham/Alamy

If you enjoy cruise ship experiences, our intent is not to offend you by sharing this. Just to be sure you are aware of what cruise ship operators routinely do with waste: 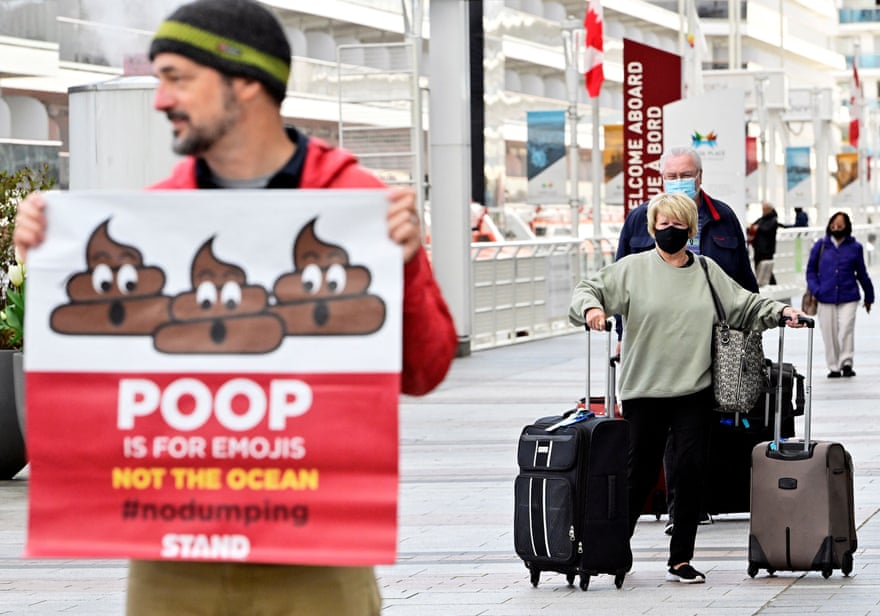 A protest in April against the dumping of sewage by cruise ships arriving in Vancouver. Photograph: Jennifer Gauthier/Reuters

From the comfort of cruise ships, a typical trip to Alaska offers magnificent views of glaciers and untamed national parks, and visits to quaint seaside towns. For years, these draws have made cruises to Alaska the most booked US holiday.

But the journey to those pristine areas, which involves sailing along Canada’s west coast for two or three days, is leaving behind a trail of toxic waste, including within marine protected areas (MPAs), according to new research.

More than 31bn litres (8.5bn US gallons) a year of pollution is estimated to be discharged off the west coast of Canada by cruise ships on their way to and from Alaska, according to a report by the environmental organisations Stand.earth and West Coast Environmental Law (WCEL).

“There’s this perverse incentive to treat Canada like a toilet bowl,” says Anna Barford, Canada shipping campaigner at Stand.earth. “They’re just using us like a highway and tossing stuff left, right and centre.”

Across Canada’s 151,019 mile (243,042km) coastline, ships generate 147bn litres of harmful waste each year, equivalent to 59,000 Olympic-sized swimming pools, according to a March 2022 report by WWF-Canada. Based on data from more than 5,000 vessels, the report found cruise ships were the largest polluters, despite making up only 2% of the marine traffic analysed…

One thought on “What Cruise Ships Do In Plain Sight”