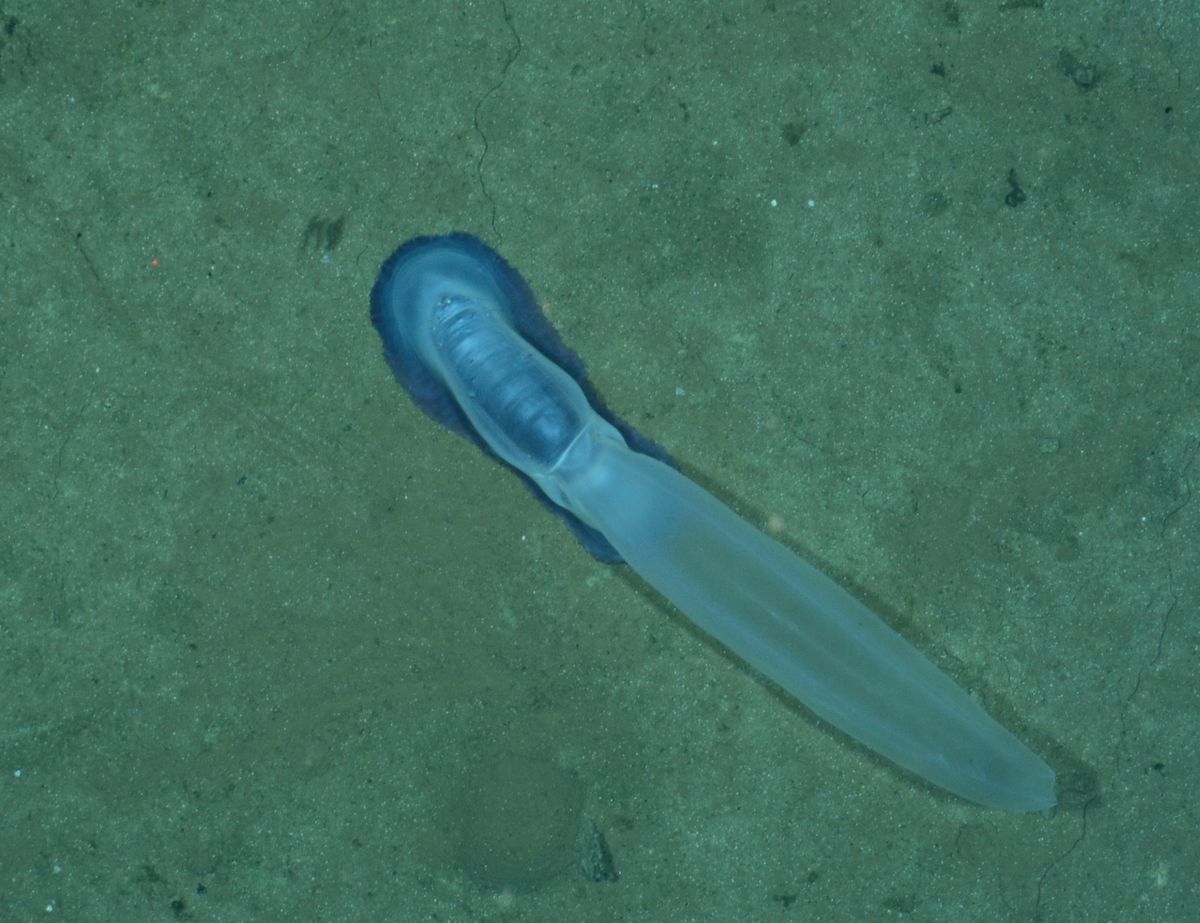 Another type of gummy squirrel found on an expedition in the CCZ called Psychropotes semperiana. DeepCCZ Project

We have linked to articles concerned about mining deep sea locations for the materials needed in electric vehicle batteries, and other articles featuring deep sea creatures we had no previous knowledge of.  Now it is time to combine the two topics more explicitly, and we thank Benji Jones at Vox for this article: 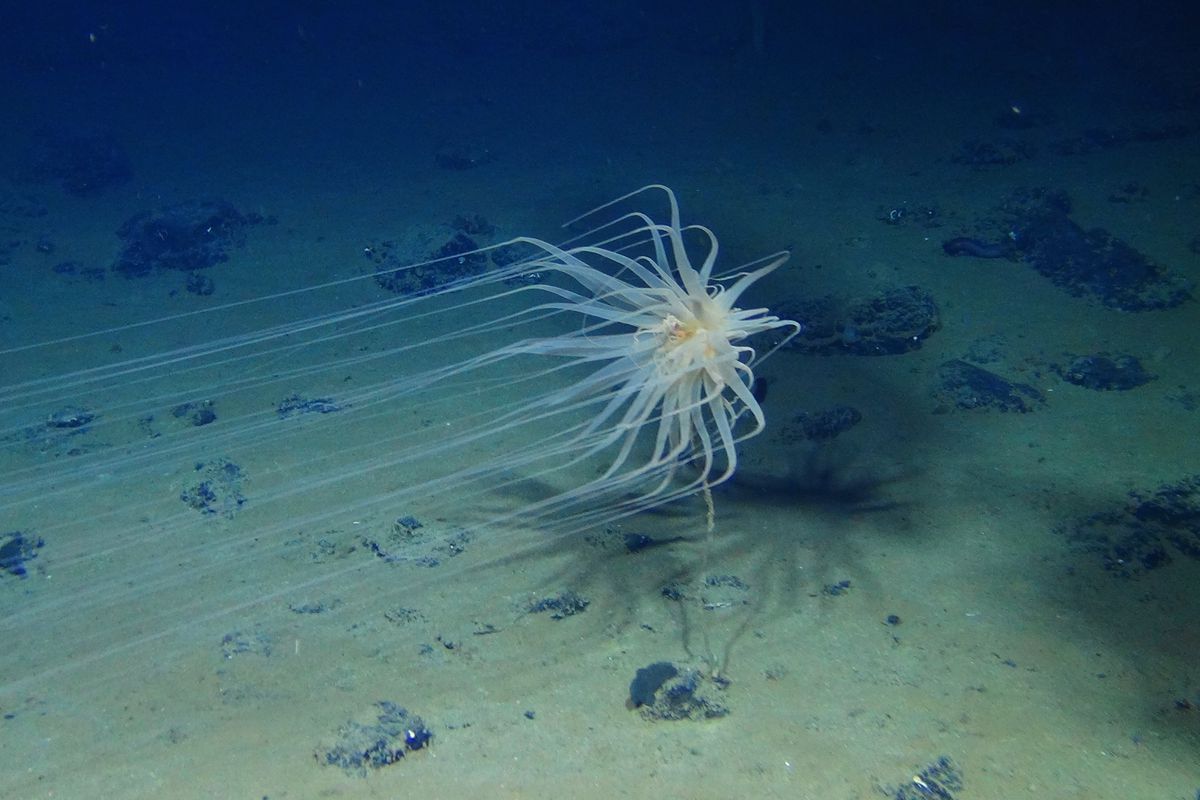 Relicanthus daphneae, an anemone-like organism in the CCZ, stuck on top of the stalk of a dead sea sponge. Its tentacles can extend several feet long. Diva Amon and Craig Smith/University of Hawaiʻi

The world needs more metals for batteries to fight climate change. Should it come at the cost of these animals? 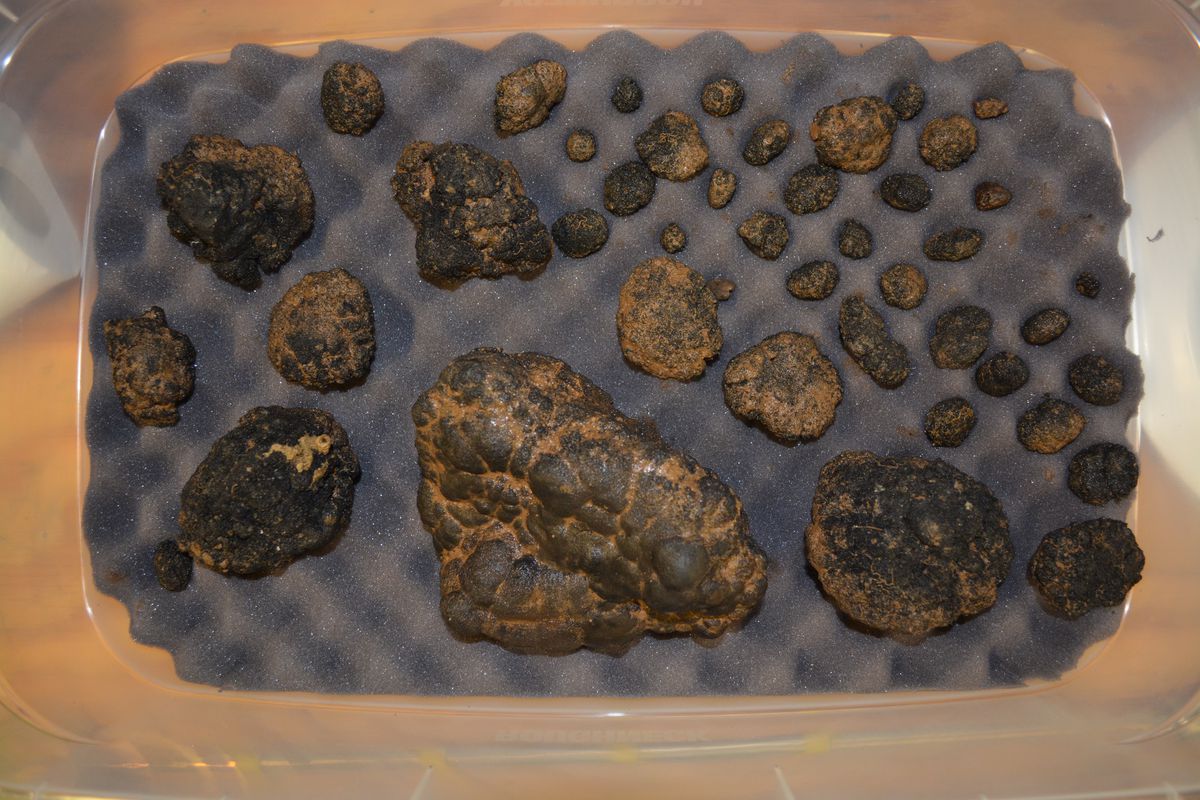 If you were to dive to the bottom of the ocean somewhere between Hawaii and Mexico, you might see a field of sunken treasure. Here, in what’s called the Clarion-Clipperton Zone (CCZ), much of the seafloor is covered with fist-sized rocks that contain valuable metals like cobalt, manganese, and nickel.

These dull-looking rocks formed over millions of years, as metal that was dissolved in seawater grew around a bit of matter, such as a shark tooth (similar to how a pearl grows around a grain of sand). Known as polymetallic nodules, they are abundant in the CCZ, though you can find them in several regions of the ocean. And you don’t have to dig to reach them; they sit on or near the ocean floor, looking plump for the picking.

For years now, a handful of companies and foreign governments have been pushing to mine nodules in the CCZ and elsewhere. These rocks contain metals needed to build batteries for electric cars and other clean-energy technologies for which demand is surging. (Worldwide, consumers bought 6.6 million electric vehicles last year, and analysts expect sales to triple by 2025.)

Those metals — particularly cobalt — are currently mined from the ground, and have been linked to environmental destruction and human rights abuses. That’s why proponents of deep-sea mining see harvesting nodules as a good thing; they claim it can be less harmful than stripping metals from the Earth.