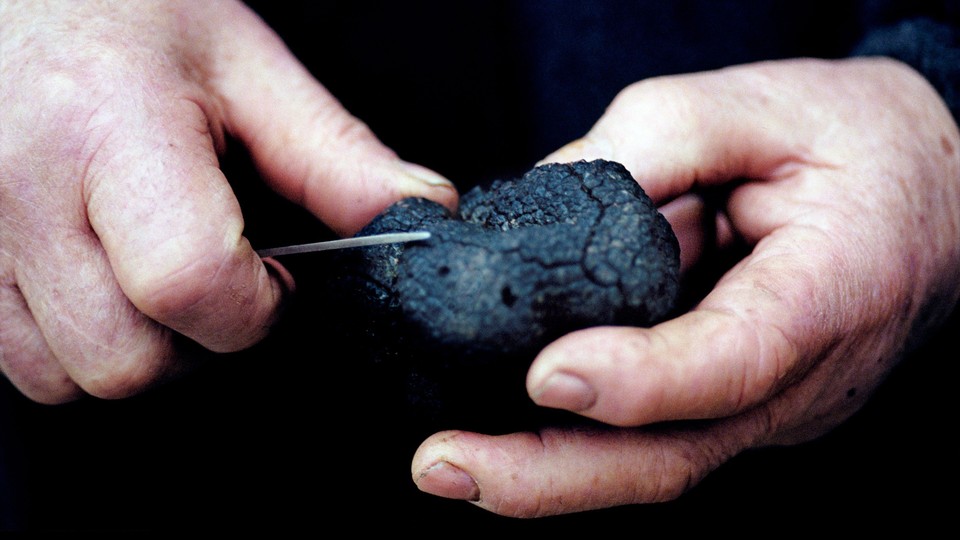 We hope, from a culinary perspective, that truffle cultivation has advanced enough such that the statement in the title of Federico Kukso’s article below is correct. Thanks to the Atlantic, and to Knowable, for this:

Farmers around the world are trying to cash in on the prized black truffle.

Every morning, for three months of the year, Lola wakes up at 8 and goes hunting. She races past oak trees, running at full speed through a 50-hectare field set in the southern end of the province of Buenos Aires, Argentina. The daily challenge—to find her elusive prey—never fails to excite her. She darts from place to place until faltering at last: 40 minutes into her day, she gets distracted or simply gives in to exhaustion.

Lola is a Brittany, and beneath her orange-spotted white coat is the agile body of a hunter. But her most important tool is her sense of smell. “Through training, dogs learn to recognize substances in their long-term memory—in this case, the smell of truffles,” says the dog trainer Germán Escobar.

A graduate of the University of Buenos Aires who originally hails from Colombia, Escobar has trained Lola and the eight other dogs of the Argentine truffle farm Trufas del Nuevo Mundo, located in Espartillar, a small town of 785 inhabitants.

With up to 300 million olfactory receptors in the nose—far more than humans have—and a region in their brains dedicated to odor analysis that, in proportion, is 40 times larger than that of Homo sapiens, trained dogs are able to do what no person can: track one of the most valuable and desired delicacies—the “black diamond” of the kitchen—deep underground…