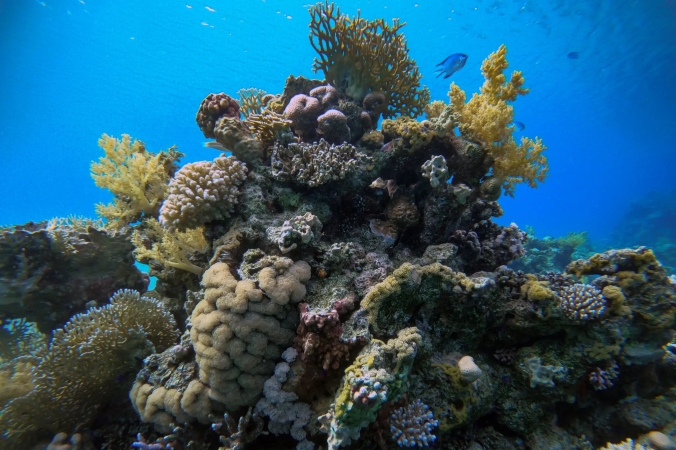 Corals in the waters of the Ras Mohammed National Park in the Red Sea near Sharm el Sheikh, Egypt, home to one of the only reefs in the world that can tolerate heat. Sima Diab for The New York Times

Our thanks to Jenny Gross and Vivian Yee reporting from Egypt: 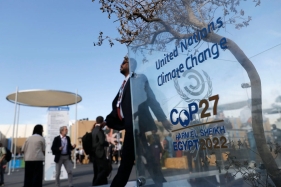 As warming waters devastate coral around the world, the sea’s stunningly colorful reefs have been remarkably resilient. But pollution, mass tourism and overfishing put them at risk.

SHARM El SHEIKH, Egypt — The vast majority of the world’s coral reefs are likely to be severely damaged in the coming decades if the planet keeps warming at its current rate.

But the wildly colorful coral reefs in the waters outside the Egyptian Red Sea resort of Sharm el Sheikh, where the annual United Nations climate conference is taking place, are an anomaly: They can tolerate the heat, and perhaps even thrive in it, making them some of the only reefs in the world that have a chance of surviving climate change.

There is a limit to how much they can take, however.

Mass tourism at Egypt’s beach resorts, overfishing, overdevelopment, pollution, occasional failures of the sewage system, sediment from construction and oil spills from tankers or terminals have put them at risk, according to marine biologists who study the Red Sea.

“If not the last, this could be one of the last coral refuges worldwide,” said Dr. Mahmoud Hanafy, a marine biology professor at the Suez Canal University in Egypt. “Protection of this reef is not a national responsibility or a national task. It’s a global task.”

One thought on “Coral Defying The Odds”