Martha Nussbaum has never appeared in our pages, nor has this podcast series. Moral philosophy is usually (but not always) outside the range of topics we pay attention to. But when the topic is animal justice, we are in. If you want a primer prior to the discussion, this profile helps: 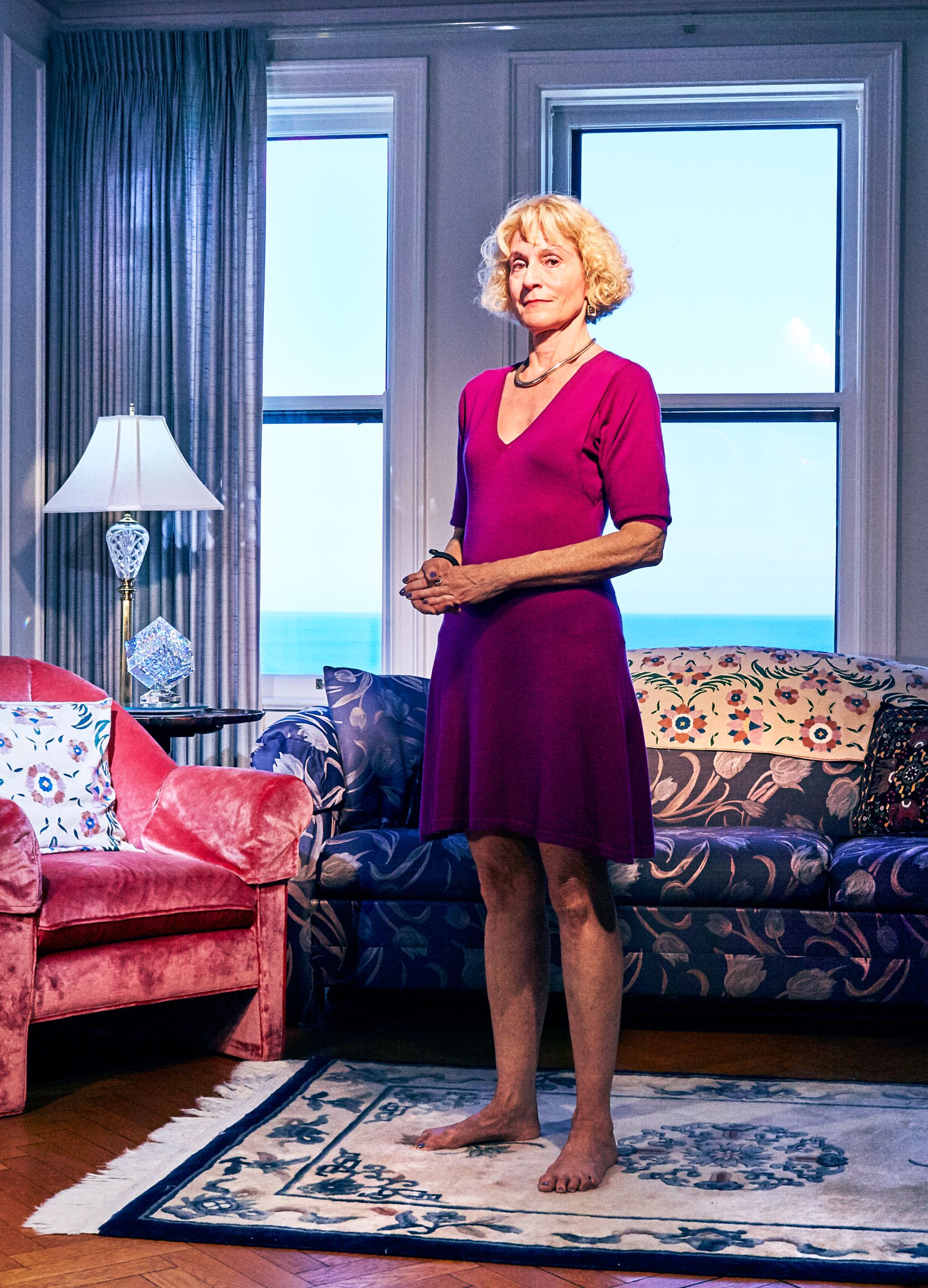 “What I am calling for,” Nussbaum writes, is “a society of citizens who admit that they are needy and vulnerable.” Photograph by Jeff Brown for The New Yorker

The Philosopher of Feelings

Martha Nussbaum was preparing to give a lecture at Trinity College, Dublin, in April, 1992, when she learned that her mother was dying in a hospital in Philadelphia. She couldn’t get a flight until the next day. That evening, Nussbaum, one of the foremost philosophers in America, gave her scheduled lecture, on the nature of emotions. “I thought, It’s inhuman—I shouldn’t be able to do this,” she said later. Then she thought, Well, of course I should do this. I mean, here I am. Why should I not do it? The audience is there, and they want to have the lecture.

When she returned to her room, she opened her laptop and began writing her next lecture, which she would deliver in two weeks, at the law school of the University of Chicago. On the plane the next morning, her hands trembling, she continued to type. She wondered if there was something cruel about her capacity to be so productive. The lecture was about the nature of mercy. As she often does, she argued that certain moral truths are best expressed in the form of a story. We become merciful, she wrote, when we behave as the “concerned reader of a novel,” understanding each person’s life as a “complex narrative of human effort in a world full of obstacles.”

In the lecture, she described how the Roman philosopher Seneca, at the end of each day, reflected on his misdeeds before saying to himself, “This time I pardon you.” The sentence brought Nussbaum to tears. She worried that her ability to work was an act of subconscious aggression, a sign that she didn’t love her mother enough. I shouldn’t be away lecturing, she thought. I shouldn’t have been a philosopher. Nussbaum sensed that her mother saw her work as cold and detached, a posture of invulnerability. “We aren’t very loving creatures, apparently, when we philosophize,” Nussbaum has written.

When her plane landed in Philadelphia, Nussbaum learned that her mother had just died. Her younger sister, Gail Craven Busch, a choir director at a church, had told their mother that Nussbaum was on the way. “She just couldn’t hold on any longer,” Busch said. When Nussbaum arrived at the hospital, she found her mother still in the bed, wearing lipstick. A breathing tube, now detached from an oxygen machine, was laced through her nostrils. The nurses brought Nussbaum cups of water as she wept. Then she gathered her mother’s belongings, including a book called “A Glass of Blessings,” which Nussbaum couldn’t help noticing looked too precious, the kind of thing that she would never want to read. She left the hospital, went to the track at the University of Pennsylvania, and ran four miles.

She admired the Stoic philosophers, who believed that ungoverned emotions destroyed one’s moral character, and she felt that, in the face of a loved one’s death, their instruction would be “Everyone is mortal, and you will get over this pretty soon.” But she disagreed with the way they trained themselves not to depend on anything beyond their control. For the next several days, she felt as if nails were being pounded into her stomach and her limbs were being torn off. “Do we imagine the thought causing a fluttering in my hands, or a trembling in my stomach?” she wrote, in “Upheavals of Thought,” a book on the structure of emotions. “And if we do, do we really want to say that this fluttering or trembling is my grief about my mother’s death?”

Nussbaum gave her lecture on mercy shortly after her mother’s funeral. She felt that her mother would have preferred that she forgo work for a few weeks, but when Nussbaum isn’t working she feels guilty and lazy, so she revised the lecture until she thought that it was one of the best she had ever written. She imagined her talk as a kind of reparation: the lecture was about the need to recognize how hard it is, even with the best intentions, to live a virtuous life. Like much of her work, the lecture represented what she calls a therapeutic philosophy, a “science of life,” which addresses persistent human needs. She told me, “I like the idea that the very thing that my mother found cold and unloving could actually be a form of love. It’s a form of human love to accept our complicated, messy humanity and not run away from it.”

A few years later, Nussbaum returned to her relationship with her mother in a dramatic dialogue that she wrote for Oxford University’s Philosophical Dialogues Competition, which she won. In the dialogue, a mother accuses her daughter, a renowned moral philosopher, of being ruthless. “You just don’t know what emotions are,” the mother says. Her father tells her, “Aren’t you a philosopher because you want, really, to live inside your own mind most of all? And not to need, not to love, anyone?” Her mother asks, “Isn’t it just because you don’t want to admit that thinking doesn’t control everything?”

The philosopher begs for forgiveness. “Why do you hate my thinking so much, Mommy?” she asks. “What can I say or write that will make you stop looking at me that way?”