Engineers have found cracks in the 420-foot-high Kariba Dam on the Zambezi River in Southern Africa. DMITRIY KANDINSKIY/SHUTTERSTOCK

When we lived through the cross-border tensions that were dam-driven we thought cooler heads would eventually prevail. But, it has proven not so easy. And who knew there were 10,000 such puzzles out there? Thanks to Fred Pearce, as always for raising our awareness:

Water Warning: The Looming Threat of the World’s Aging Dams

Tens of thousands of large dams across the globe are reaching the end of their expected lifespans, leading to a dramatic rise in failures and collapses, a new UN study finds. These deteriorating structures pose a serious threat to hundreds of millions of people living downstream.

Who would want to live downstream of the 125-year-old Mullaperiyar Dam, nestled in a seismic zone of the Western Ghats mountains in India? END_OF_DOCUMENT_TOKEN_TO_BE_REPLACED 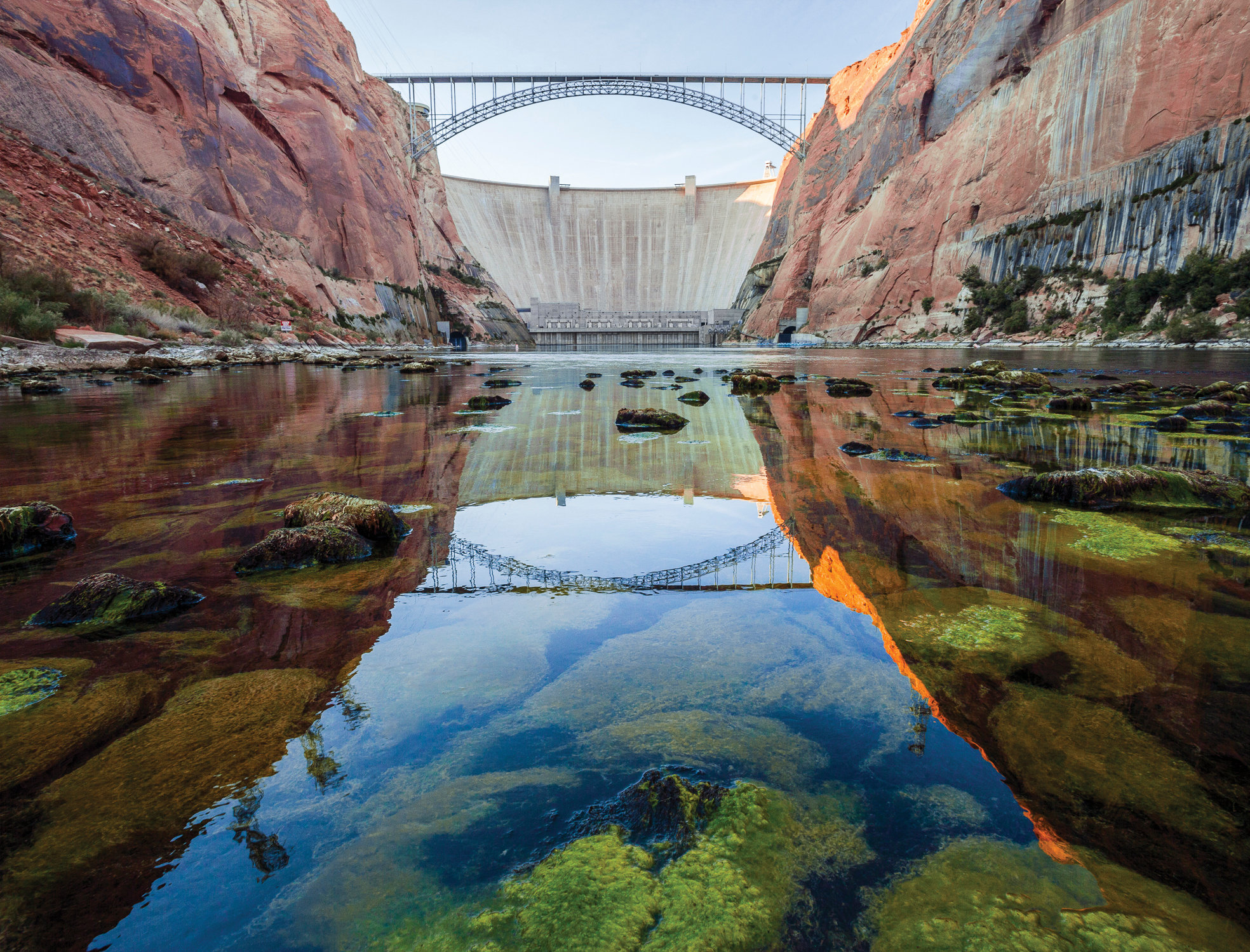 The Glen Canyon Dam, on the Arizona-Utah border, as seen in the documentary “DamNation.” The efficiency of the dam has dwindled. Credit Ben Knight/Patagonia via NYTimes

Dams are a recurring theme on this blog, probably due to their strong effect on their environment and on the people around them. Last week, Abraham Lustgarten, a writer on climate change, energy, and water, among other issues, wrote an op-ed in the New York Times considering the possibility of “Unplugging the Colorado River”:

WEDGED between Arizona and Utah, less than 20 miles upriver from the Grand Canyon, a soaring concrete wall nearly the height of two football fields blocks the flow of the Colorado River. There, at Glen Canyon Dam, the river is turned back on itself, drowning more than 200 miles of plasma-red gorges and replacing the Colorado’s free-spirited rapids with an immense lake of flat, still water called Lake Powell, the nation’s second-largest reserve.

END_OF_DOCUMENT_TOKEN_TO_BE_REPLACED

Although we’ve heard of dams causing environmental and community problems before, we’ve also seen how they can be beneficial to society, and it’s clear that they’re a double-edged sword. Most recently on the topic, we learned that with proper planning and design, hydropower can be less of an enemy to conservation. Now, research highlighted in Conservation Magazine displays the possibility of helping native river-reliant insect populations by adjusting how dams “hydropeak,” or change river flow to compensate for electricity demand. Sarah DeWeerdt reports:

Scientists know that hydropower dams often decrease the abundance and diversity of aquatic insects downstream. But until now it wasn’t clear why—after all, dams cause a range of environmental stressors such as alterations in water flow, temperature, and sedimentation.

A massive new study led by the U.S. Geological Survey lays much of the blame on hydropeaking, the practice of varying river flows below a dam depending on electricity demand. Because of hydropeaking, the amount of water released from a dam can vary by as much as ten-fold throughout the day, creating an artificial intertidal zone that propagates for hundreds of kilometers downstream.

END_OF_DOCUMENT_TOKEN_TO_BE_REPLACED

The Idukki Dam is the first arch dam built in India, as well as the country’s third tallest. Located in the Idukki district of Kerala, this 554 ft tall and 650 ft wide dam stands between the two mountains named Kuravanmala and Kuratimala, meaning Kuravan– A tribal, Kurati– His wife and Mala-mountain. It is nearly 50 km away from Thekkady.
END_OF_DOCUMENT_TOKEN_TO_BE_REPLACED

Near Munnar and at an altitude of 1700 meters above sea level, Mattupetty is a favorite haunt of weekend picnickers due to the temperate climate. The beautiful Mattupetty lake, created by the small hydro electricity dam, is flanked by steep hills and woods.   END_OF_DOCUMENT_TOKEN_TO_BE_REPLACED