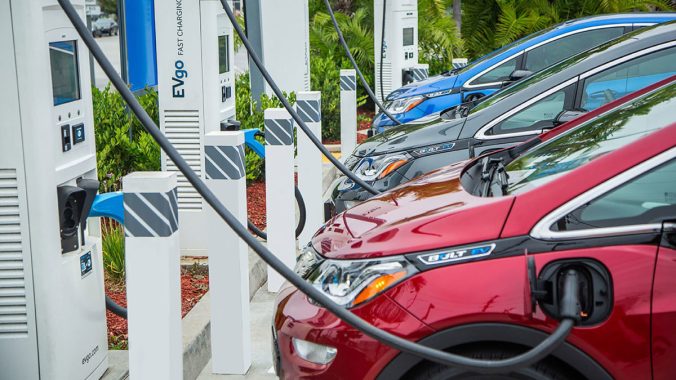 General Motors has partnered with EVgo to deploy more than 2,700 fast chargers across the U.S. CREDIT: GM

John Paul MacDuffie and Sarah E. Light, both professors at the Wharton School of Business at the University of Pennsylvania, have published an article on Yale E360 highlighting the improving potential for electric vehicles to dominate the USA market sooner than previously expected:

Driven by GM, Tesla, and the Biden administration, the U.S. is now poised to press ahead in the transformation to electric vehicles. Big challenges still loom, but technological advances, government support, and growing consumer appeal will drive the inevitable switch to EVs.

Last month’s failure of the Texas electric grid, coming just weeks after General Motors’ pledge to make only electric vehicles by 2035, highlights the daunting task the United States faces as it takes the first steps toward weaning its economy off fossil fuels. END_OF_DOCUMENT_TOKEN_TO_BE_REPLACED