We have a history of sharing butterfly photos here, primarily from Kerala (ചിതശലഭം, by the way, is Malayalam script for “citaśalabhaṁ,” or butterfly) and Costa Rica (“mariposa” being the Spanish name for the insects) but also in miscellaneous nature posts by our contributors. We also have a bit of a connection to the Smithsonian Institution, and are always happy to hear about friendly, creative polyglots, in this case from the New York Times:

Amid Butterflies, a Bit of a Lingua Franca at the Natural History Museum

On a recent Sunday, Holly Tooker stood by the transparent wall inside the Butterfly Conservatory, at the American Museum of Natural History. It was, as always, 81 degrees with 78 percent humidity, and it had been a busy morning. Nearby, a giant Danainae butterfly perched on a

END_OF_DOCUMENT_TOKEN_TO_BE_REPLACED 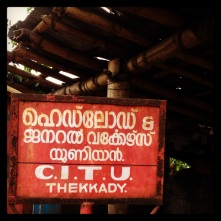 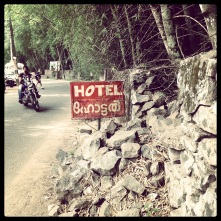 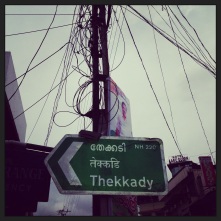 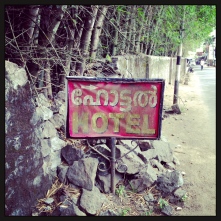 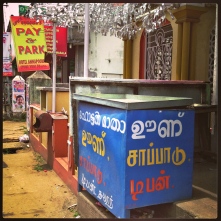 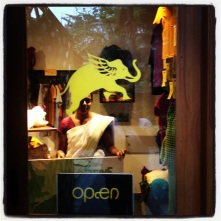 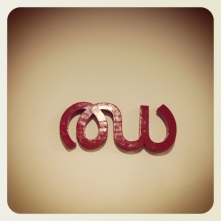 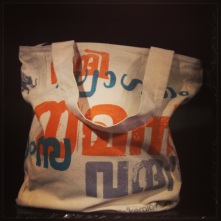 One of the things you notice first when you arrive Kerala is the beautifully curvy and mysterious script. The Malayalam alphabet consists of 56 letters. Its rounded form comes from the fact it was primarily handwritten with a sharp point on dried palm leaves. END_OF_DOCUMENT_TOKEN_TO_BE_REPLACED

This internship really is a “living laboratory.” I am getting a chance to sit on the client side and discuss ideas with the architects that will push Raxa Collective’s vision forward. Crist and Amie have worked with the design team side by side on each project and I am starting to understand how they think, how to make sure my drawings, renderings, and presentations can be clearer, and more. Sitting in on these design meetings in which the architect and clients discuss, propose, discuss, present, discuss, discuss, and discuss some more, I realize…

END_OF_DOCUMENT_TOKEN_TO_BE_REPLACED

Many Cornell “hotelies” are multilingual; not only bilingual but often speaking three or four languages. Their coursework is in English, they may speak Spanish or French from high school education, and Chinese helps as the number of Chinese travelers increase every year. For example, my good friend from the Cornell Hotel School speaks Spanish because she is from Venezuela, speaks Chinese because her family is a Chinese-origin, speaks English just like all my classmates, and maybe she speaks some other languages that I don’t even know about. Similarly, I speak English, Korean, and some Spanish and Mandarin. So, as an hotelier, I called myself a multilingual and thought I could easily communicate with people anywhere I go. Until I arrived in Kerala.

Learning Malayalam is the first time in my life trying to learn a language that has a totally different alphabets and pronunciation.  So the experience is totally different from learning English, Spanish, or French. One of my colleagues here learned Hindi before she arrived in Kerala for her studies but Malayalam is so different from Hindi that it doesn’t help her communicate. The one thing that saved all of us (Interns from US) is that English is an official second language in Kerala so all of the resort staffs here speak English pretty well. However, most of them speak Malayalam to each other during work and speak English only with foreigners, so I thought that learning Malayalam would be a good idea to get to know the culture and people better. 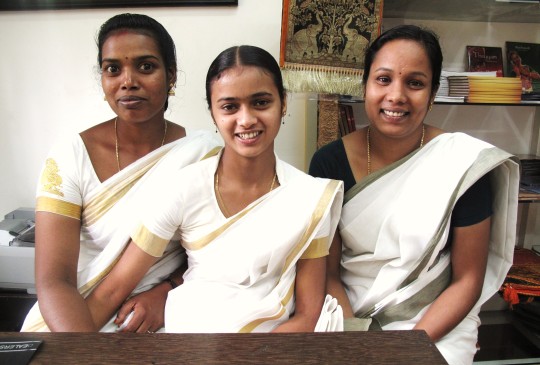 END_OF_DOCUMENT_TOKEN_TO_BE_REPLACED

At Emory, many international students specifically come from China, India, South Korea, and Japan. Having spoken to these foreign exchange students, it is clear that international admissions to a top-20 American university are incredibly competitive, even more so than they are here. One friend told me that he was the only student from his entire town (a suburb of Calcutta, so quite a lot of competition) to attend a top-30 American school; even with his extremely impressive credentials END_OF_DOCUMENT_TOKEN_TO_BE_REPLACED