The thought of academic expeditions, leeches and Asia brings a smile to my face.  I just read a thought-provoking (and pun filled) article in The Economist about conservation in India with a froggy focus.

Part of the plight of the frog is the challenge in getting people to care about them. Cute as they may be to some, they often lack the same “charismatic appeal” held by either the larger mammals like elephants and tigers, or the self-recognition people often find in primates. How can we change attitudes and behaviors to translate into empathy? 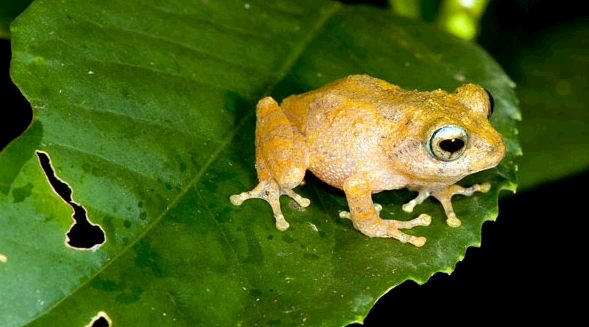 And about those leeches…it’s worth pointing out that a tourist trekking in the Western Ghats would rarely encounter them to the degree so colorfully described in this article!

Excited to hear others’ thoughts!

About the author: Perpetually curious about the nexus between genuine environmental conservation, community wellbeing and tourism, Nicole has worked with the United Nations Educational, Scientific and Cultural (UNESCO) World Heritage Centre’s Sustainable Tourism Programme, the World Wide Fund for Nature (WWF), Harvard Business School and the Campi ya Kanzi community eco-lodge in Kenya. She has lived in/visited 6 continents and attended Cornell University and The Fletcher School of International Affairs.