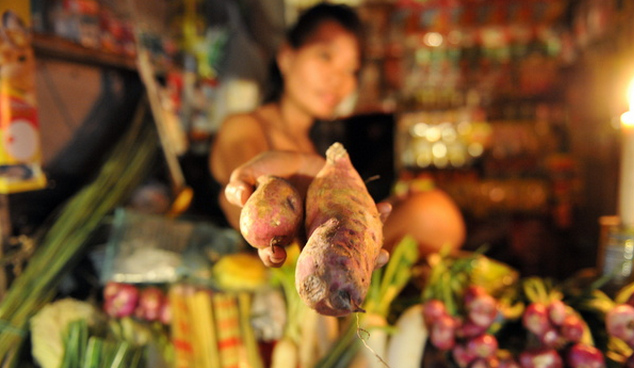 It wouldn’t be the first time that we’ve written about the “Columbian Exchange” on this site. So many of the foods now considered synonymous with “Old World” or “Asian” cuisines are actually endemic to the Americas, and according to NPR’s The Salt “anthropologists think that a few foods made the 5,000-mile trek across the Pacific Ocean long before Columbus landed in the New World.”

Sweet potatoes originated in Central and South America. But archaeologists have found prehistoric remnants of sweet potato in Polynesia from about A.D. 1000 to A.D. 1100, according to radiocarbon dating. They’ve hypothesized that those ancient samples came from the western coast of South America. Among the clues: One Polynesian word for sweet potato — “kuumala” — resembles “kumara,” or “cumal,” the words for the vegetable in Quechua, a language spoken by Andean natives.

But until now, there was little genetic proof for this theory of how the tater traveled. 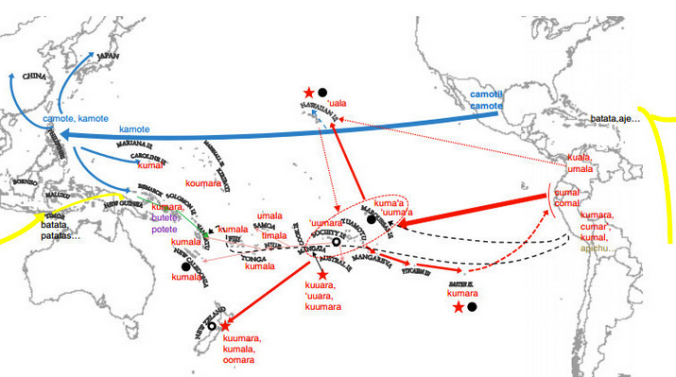 The sweet potato made three independent trips to Southeast Asia. The Polynesians probably introduced it in 1100 A.D. (red). While the Spanish (blue) and Portuguese (yellow) brought other varieties from the Americas around 1500.

That’s a busy dance card for a humble root vegetable, delicious though it may be.

Click on the top image or read more about it here….