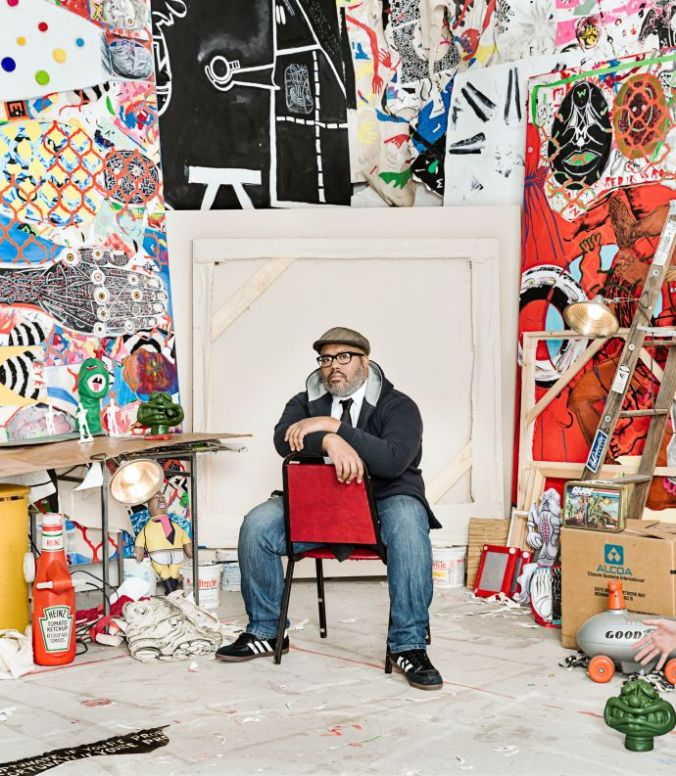 We have said since early on, and plenty of times since, that in these posts we cannot claim to be either committed vegetarians nor committed meat eaters. Rather, we believe–yawn at your own risk–in moderation. This upcoming show sounds like a worthy outing for a novel take on the topic:

Ab Ex meets Zap Comics in the wild imagination of Trenton Doyle Hancock (seen above in his Houston studio). In his boisterous mythologies, villainous vegans do battle with good-guy, meat-eating mutants, and Torpedo Boy—a superhero that Hancock, now forty, first drew in the fourth grade—swoops in to save the day.This week, the Studio Museum in Harlem opens “Skin and Bones: Twenty Years of Drawing,” a jam-packed survey, organized by the Contemporary Arts Museum Houston, that includes framed works on paper, site-specific wall paintings, and the artist’s first digital animation. On March 26, when the show opens, Hancock will discuss his career with the New York painter Stanley Whitney.