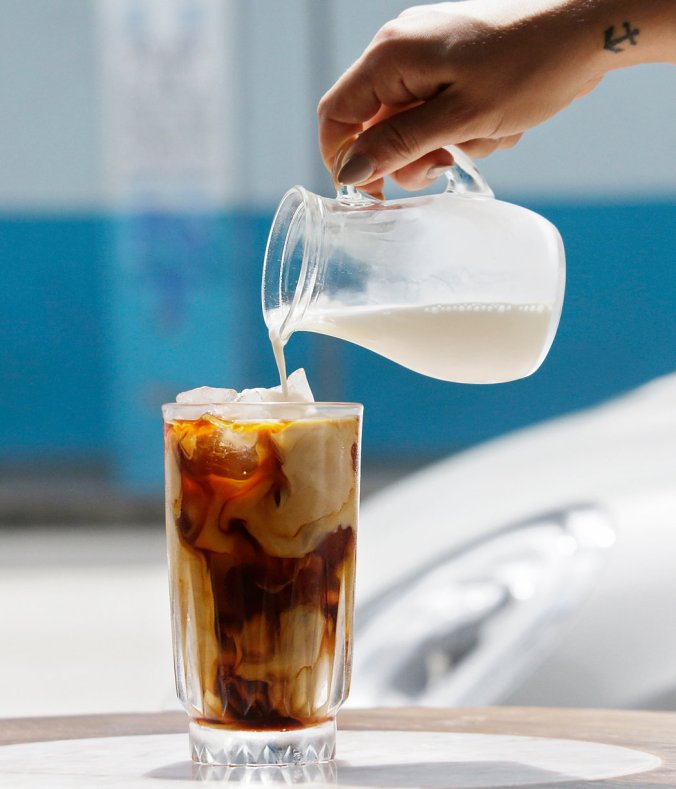 At All Day, a coffee shop in Miami that’s on the must-visit list of coffee fanatics, cold brew is the foundation of the menu. Credit John Van Beekum for The New York Times

Apparently it is iced coffee season up north. It is intern season here at Chan Chich Lodge. Maybe an intersection? Emily, from an agriculture and environmental engineering background, and Alana who is an aspiring sustainable hospitality developer are off to the races, as they say. They were out in the forest yesterday with GPS tools, a GIS mapping app and the assistance of Migde and Hector on the trails, developing a more scientific way of estimating the incidence of Ramon trees in our 30,000 acres.

More on that from them. But more on coffee from me. We have been cultivating an estate coffee unique to Belize, organic and as bird-friendly as you will find. Let’s add cold brew to your list of summer experimentation? Migde and Hector, aka bartender and waiter and therefore defacto coffee baristas, will be setting up the instrumentation in the kitchen.

Summer officially starts this year on June 21, but that’s only the solstice, the day when the sun reaches its highest position in the sky. Down on street level, summer really begins on the first humid, sun-streaked day, when even the thought of sipping a hot cup of coffee is too much to bear. It’s as if, just as birds know instinctively when to migrate, we wake up one bright morning and agree that it’s iced coffee season…

…The danger of running out is real. All of the iced coffee at Gregorys Coffee is cold-brewed, a process that takes 12 hours and yields a drink often described as smooth, round and lush. Mr. Zamfotis estimates that he sells 10,000 servings per day at the peak of the season.

There’s no way to rush cold brew. If you’re running a coffee shop, you need to anticipate demand. Every year, that demand is increasing: The United States is becoming a cold brew nation.

In the past, coffee sales lagged during the summer and rose sharply during the holiday season. But cold brew now drives a surge in demand during warmer months, too, far more so than other iced coffee drinks. Coffee sales spike when the mercury rises. Cold brew is also attracting an entirely new audience for coffee: millennials, many of whom are making it their drink of choice.

What was once a regional curiosity largely limited to New Orleans and the South is now found throughout the country. The shift started about 10 years ago, when cold brew was adopted by innovative coffee shops like Blue Bottle (which sells what it calls New Orleans-style iced coffee, a milky cold brew flavored with chicory) and Stumptown Coffee Roasters (which sells nitro cold brew, a coffee infused with nitrogen so that it’s slightly fizzy, with the thick, creamy head of a good stout).

Cold brew was still a relatively niche market until 2015, when Starbucks introduced the drink in a number of stores; it is now available at every one of its more than 13,000 locations in the United States, 800 of which also offer nitro. It’s a coffee with both mass-market appeal and indie credibility. Today, you can find cold brew at a coffee shop where everything is meticulously crafted by hand, and at a Dunkin’ Donuts…