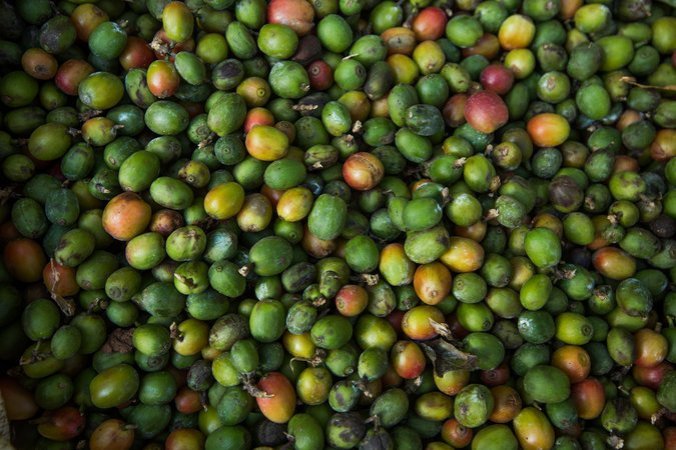 Ah, our favorite trifecta of the 2010-2017 era: coffee and birds and India! (Not to mention that the 2 species of birds featured in the article have graced this site in our Bird of the Day feature!) Just because we are back in Costa Rica does not mean the topics covered in this article are any less important to us. Thanks to Karen Weintraub for this:

Coffee Beans Are Good for Birds, Fancy Brew or Not

Birds are not as picky about their coffee as people are.

Although coffee snobs prefer arabica beans to robusta, a new study in India found that growing coffee does not interfere with biodiversity — no matter which bean the farmer chooses.

In the Western Ghats region of India, a mountainous area parallel to the subcontinent’s western coast, both arabica and robusta beans are grown as bushes under larger trees — unlike in South America, where the coffee plants themselves grow as large as trees, said Krithi Karanth, who helped lead the study, published Friday in the journal Scientific Reports.

India is the seventh-largest producer of coffee in the world, according to the International Coffee Organization, an intergovernmental organization. Most of the coffee grown in India is consumed there, said Dr. Karanth, an associate conservation scientist with the Wildlife Conservation Society, but the findings of her research could have implications for shade-grown coffee in other parts of the world.

It’s the tree cover around the coffee plants that supports a wide range of animal species, she said. “Coffee farms are actually incredible habitats for all the small critters,” she said, including birds, butterflies, and amphibians.

Arabica and robusta farms proved equally good for these creatures. “Some birds do better with arabica than robusta, but overall, they’re both good for wildlife,” she said.

The difference is important, because data shows that more farmers in the area have been shifting to robusta in recent years, as prices rise for the variety, which is easier to grow…