Ford does what it thinks to be in the best interest of its shareholders, and other companies follow suit as they sense the opportunity to do so, reducing their environmental responsibilities. Meanwhile and nonetheless, thanks to the work of organizations like WWF and Greenpeace, we have the opportunity to witness, if from afar, the rebirth of a population that signals some intact corners of the earth’s environment: 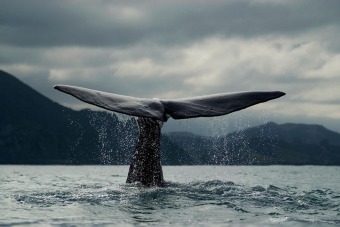 In a rare piece of good news for whales, humpbacks who live and breed in the southern oceans near Antarctica appear to be making a comeback, with females in recent years having a high pregnancy rate and giving birth to more calves.

Humpback whales were nearly hunted out of existence in the late 19th and most of the 20th centuries until treaties were signed to stop killing them and protections were put in place for the world’s coldest, least accessible continent.

The end of hunting has fostered the recovery of the school-bus-sized animals whose life spans are roughly comparable to ours, according to Ari Friedlaender, an associate researcher at the University of California Santa Cruz, who led the new study.

The population was believed to have been reduced to less than 10 percent of it pre-whaling levels.

To determine gender, identity and pregnancy rates, the scientists, led by Logan Pallin, a doctoral student working with Dr. Friedlaender, used darts to take small skin and blubber samples from 239 males and 268 females from 2010 to 2016 around the Western Antarctic Peninsula.

As the researchers took their surveys, the whales were often just as curious about the team as it was about them. They would swim alongside the team’s vessel, some with their babies.

Slightly more than 60 percent of the females had high progesterone levels in their blubber, indicating that they were pregnant, according to the new study, published today in the journal Royal Society Open Science. There were more pregnant whales in recent years than earlier, according to the research. Genetic analysis indicated gender and enabled the scientists to avoid counting the same whale twice.

Although some other whale species also appear to be rebounding in the southern oceans, humpbacks seem to be faring the best, Dr. Friedlaender said. It may have been easier for the humpbacks to recover than the bigger fin and blue whales because the humpbacks mature faster,have a short period between pregnancies, and have centralized breeding grounds. Fin and blue whales mate in the open ocean, making it harder for them to find a match, he said.

A moratorium on commercial whaling took effect in the early 1980s, though some whaling regulations had been imposed as early as the 1940s. Twelve countries signed a treaty in 1959 to protect the Antarctic Peninsula. Humpback whales south of the Equator are no longer considered endangered, though. A few northern populations remain on the National Oceanic and Atmospheric Administration’s list of endangered animals.

It is likely that a large portion of the animals alive today were born after the age of whale hunting ended, Dr. Friedlaender said…