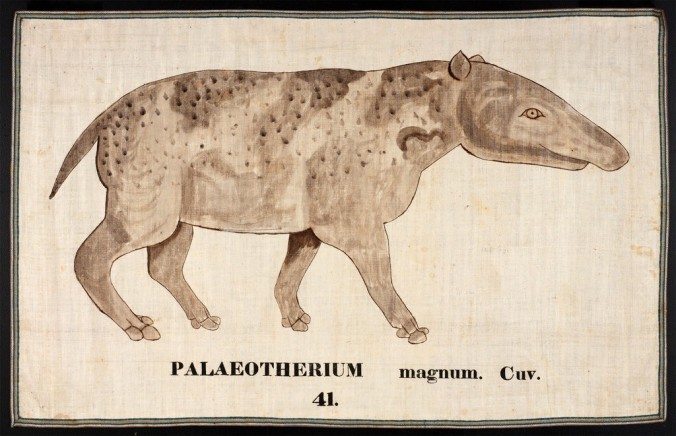 Thanks to Jason Farago for this review of  Charting the Divine Plan: The Art of Orra White Hitchcock at the American Folk Art Museum:

Mushrooms, Magma and Love in a Time of Science 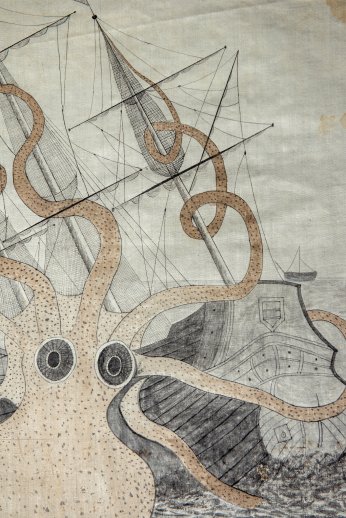 Women remain grossly underrepresented at the highest echelons of American science, and continue to face absurd claims of “innate” inferiority, whether from former Harvard presidents or senior engineers at Google. But until the mid-19th century — when the sciences became professionalized, and when Charles Darwin and others put Christian doctrine under pressure — a woman’s place was in the laboratory, or among the geology and zoology specimens.

Back then the humanities (classics and philosophy, especially) were understood as masculine academic pursuits. It was the more genteel disciplines of natural science, astronomy, chemistry, botany and anatomy, to which women of a certain class gravitated. 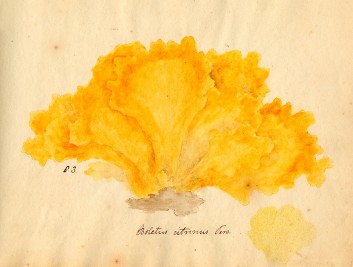 Orra White Hitchcock (1796-1863) was one of the most remarkable women from this more egalitarian age of scientific study. She had a deep knowledge of botany, zoology and paleontology, and she was also an artist — though that “also” would have seemed unnecessary to her. She produced two albums of botanical illustrations, and later, as introductory materials for her husband’s classes, she diagramed volcanoes, sketched the skeletons of extinct fish and mammals, and drew undulant squids and octopuses on large cotton sheets.

They’re all united at the American Folk Art Museum in “Charting the Divine Plan: The Art of Orra White Hitchcock,” a handsome and unexpectedly passionate exhibition on art, science and education in the early American republic. More than 100 watercolors and classroom charts are here, from painstakingly accurate paintings of reeds and mushrooms to boldly colored abstractions of the earth’s crust and core, and they share space with a splendid array of diaries and correspondence, redolent with the Hitchcocks’ intertwined loves for science, God and each other.

This show, organized by the museum’s chief curator, Stacy C. Hollander, proves Hitchcock to be an artificer as much as an observer, imagining dramatic new ways to express the world’s beauty and, as she saw it, its sacred order. It also demands we drop some of our contemporary assumptions about academic disciplines, to understand an age when “science” was not so rigidly delimited, and stretched beyond the natural world to encompass theology and art.

Orra White was born to a family of wealthy farmers in Amherst, Mass., the only daughter who survived infancy. She exhibited a particular talent for science and mathematics — one of the earliest documents here is a ledger of logarithms, meant for determining syzygies of the moon and sun, that she worked out at age 14. But she also had an aptitude for art and made proficient copies of illustrations in the books she was reading, whether of European royalty or of crazed Romantic lovers wandering through the forest.

Before she was out of her teens she was teaching both art and the “exact sciences” at Deerfield Academy, where she encouraged her students to paint in watercolor, to draw maps and to undertake careful studies of flowers and grasses. The principal at Deerfield was Edward Hitchcock — a serious young geologist-in-training with a melancholy streak, who admired her religious zeal (she had a conversion experience while at Deerfield) as much as her scientific sophistication…