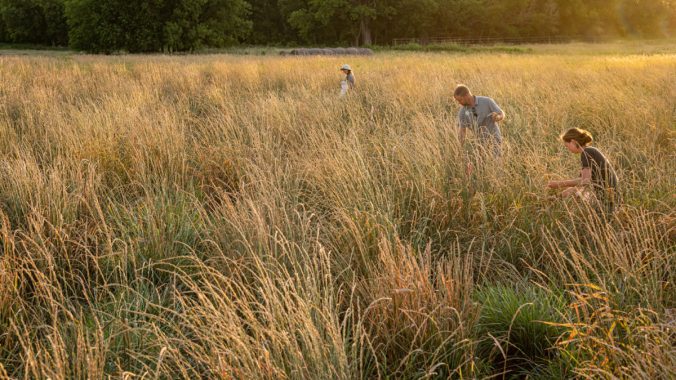 Harvesting heads of Kernza, a newly developed perennial grain, on a research plot in Salina, Kansas. THE LAND INSTITUTE

Thanks to Jim Robbins, as always, and Yale e360 for brightening our day just a bit: