I have not done a count, but I would guess the New York Times has been the source of as many stories we link to as any other publication. Mostly that would be due to the excellence, and relevance to our goals, of the Science section. The New York Times Style Magazine is not normally a source for us. I cannot find a single link to that publication on this platform in 9+ years and among 4,000+ posts. We feature plenty of shiny pretty things but only those that offer insight relevant to this platform. On occasion the trendy and/or the fashionable intersect well with the stories we favor, and we have no problem pointing those out. 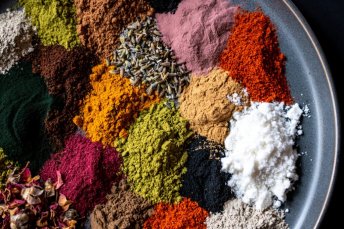 A selection of herbal and mushroom powders from Apothékary. Sarah Gurrity

So it goes with fungi. There are many fungi-focused posts on this platform, few of which would be seen as glamorizing. Surely we are trying to validate the topic by shining an attractive light on it. But we favor knowledge over visual stimulation. Aesthetics are not lost on us, nor is the intent to get more people interested in a topic we care about, so:

Are Mushrooms the Future of Wellness?

Long thought to have medicinal benefits, fungi including reishi, lion’s mane and chaga are gaining popularity in the wellness world.

Even before the onset of the pandemic, which has increased the demand for all manner of so-called organic immunity elixirs, wellness-minded Americans were warming to mushrooms. To be clear, mushrooms don’t cure Covid-19, but they are thought to provide a host of other benefits, from serving as an aphrodisiac to bolstering one’s defenses to toxins…

Not one, but two articles in the same issue, both with fabulous photography. The first, by Arden Fanning Andrews, deals with the health benefits of fungi; the second, by Ligaya Mishan, focuses on the culinary:

A duo of royal trumpet mushrooms alongside ladybugs, lichen and wild ferns.Credit…Mari Maeda and Yuji Oboshi