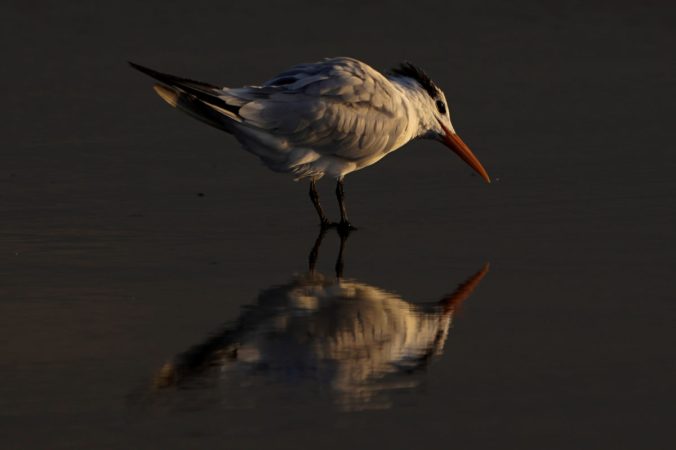 A sea bird is reflected in the water during low tide at Cardiff State Beach in Encinitas, California, U.S. October 17, 2019. REUTERS/Mike Blake

No special prognostication talent was required to know this was coming, if you have been paying attention for the last four years. Environmental, among other protections, have been gutted constantly since shortly after this administration’s inauguration in 2017. The only important question is how quickly some of these protections can be restored by the incoming administration:

The Trump administration moved forward Friday on gutting a longstanding federal protection for the nation’s birds, over objections from former federal officials and many scientists that billions more birds will likely perish as a result.

The U.S. Fish and Wildlife Service published its take on the proposed rollback in the Federal Register. It’s a final step that means the change — greatly limiting federal authority to prosecute industries for practices that kill migratory birds — could be made official within 30 days.

The wildlife service acknowledged in its findings that the rollback would have a “negative” effect on the many bird species covered by the 1918 Migratory Bird Treaty Act, which range from hawks and eagles to seabirds, storks, songbirds and sparrows

The move scales back federal prosecution authority for the deadly threats migratory birds face from industry — from electrocution on power lines, to wind turbines that knock them from the air and oil field waste pits where landing birds perish in toxic water…