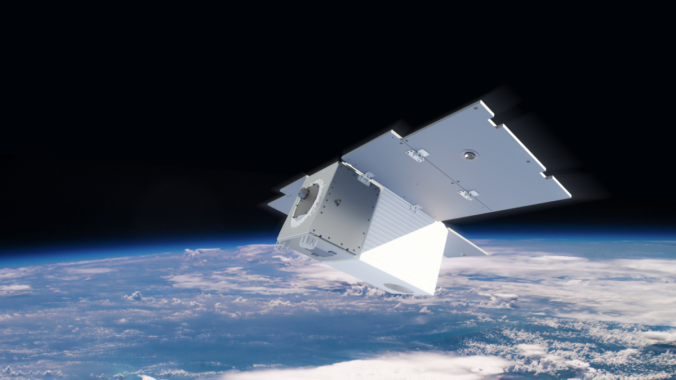 Thanks to Public Broadcasting Service (USA) for this:

The threat was invisible to the eye: tons of methane billowing skyward, blown out by natural gas pipelines snaking across Siberia. In the past, those plumes of potent greenhouse gas released by Russian petroleum operations last year might have gone unnoticed. But armed with powerful new imaging technology, a methane-hunting satellite sniffed out the emissions and tracked them to their sources.

Thanks to rapidly advancing technology, a growing fleet of satellites is now aiming to help close the valve on methane by identifying such leaks from space. The mission is critical, with a series of recent reports sounding an increasingly urgent call to cut methane emissions.

While shorter-lived and less abundant than carbon dioxide, methane is much more powerful at trapping heat, making its global warming impact more than 80 times greater in the short term. Around 60 percent of the world’s methane emissions are produced by human activities — with the bulk coming from agriculture, waste disposal, and fossil fuel production. Human-caused methane is responsible for at least 25 percent of today’s global warming, the Environmental Defense Fund estimates. Stanching those emissions, a new Global Methane Assessment by the United Nations Environmental Programme stresses, is the best hope for quickly putting the brakes on warming.

“It’s the most powerful lever we have for reducing warming and all the effects that come with climate change over the next 30 years,” said Drew Shindell, an earth sciences professor at Duke University and lead author on the UN report. Scientists stress that major reductions in both carbon dioxide and methane are critical for averting extreme climate change. “It is not a substitute for reducing CO2, but a complement,” Shindell said.

Nearly half of the roughly 380 million metric tons of methane released by human activities annually can be cut this decade with available and largely cost-effective methods, according to the UN assessment. Doing so would stave off nearly 0.3 degrees C of warming by the 2040s — buying precious time to get other greenhouse gas emissions under control. The easiest gains can be made by fixing leaky pipelines, stopping deliberate releases such as venting unwanted gas from drilling rigs, and other actions in the oil and gas industry, the UN report says. Capturing fumes from rotting materials in landfills and squelching the gassy belches of ruminant livestock will also help.

For now, though, the trend is running in the opposite direction: The methane concentration in Earth’s atmosphere has been surging over the past half-decade, the NOAA Annual Greenhouse Gas Index shows. And despite the pandemic, 2020 saw the biggest one-year jump on record. The causes of the recent spike are unclear, but could include natural gas fracking, increased output from methane-producing microbes spurred by rising temperatures, or a combination of human-caused and natural forces.

All this, experts say, underscores the need to track down and plug any leaks or sources that can be controlled. Tracing emissions to their source is no easy task, however. Releases are often intermittent and easy to miss. Ground-based sensors can detect leaks in local areas, but their coverage is limited. Airplane and drone surveys are time-intensive and costly, and air access is restricted over much of the world.