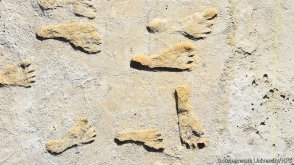 The Economist brought this to our attention with a brief mention that An old lake bed reveals evidence of America’s first inhabitants – They walked there at least 23,000 years ago. We followed that up with a search on the topic that led to this further detail in the Cornell Chronicle: 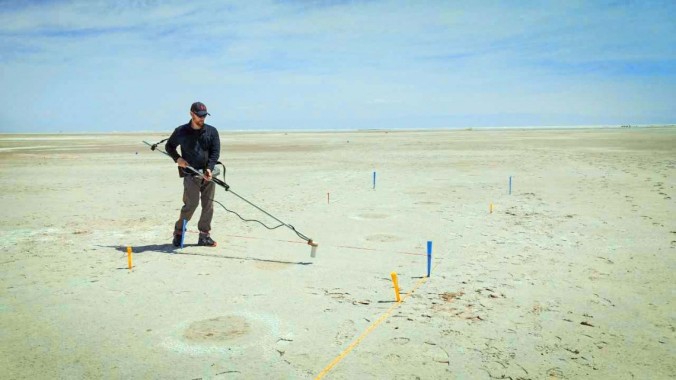 Earliest evidence of human activity in the Americas found 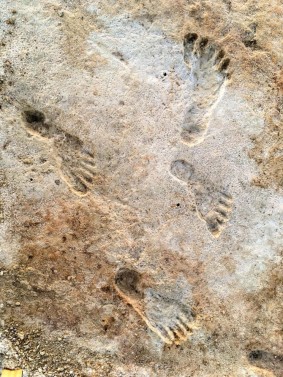 Footprints found at White Sands National Park in New Mexico provide the earliest unequivocal evidence of human activity in the Americas and offer insight into life over 23,000 years ago.

The footprints were formed in soft mud on the margins of a shallow lake that now forms part of Alkali Flat, a large playa at White Sands. Researchers from the U.S. Geological Survey dated these tracks using radiocarbon dating of seed layers above and below the footprint horizons. The dates range in age and confirm human presence over at least two millennia with the oldest tracks dating from around 23,000 years ago, which corresponds to the height of the last glacial cycle – making them the oldest known human footprints in the Americas.

The research, published in Science on Sept. 23, was conducted by scientists from Cornell, Bournemouth University, the National Park Service, U.S. Geological Survey and the University of Arizona. The tracks at White Sands were first discovered by David Bustos, resources manager at the park.

In order to investigate the site, the team pioneered non-invasive geophysical techniques led by Thomas Urban, research scientist in the College of Arts and Sciences and with the Cornell Tree Ring Laboratory…