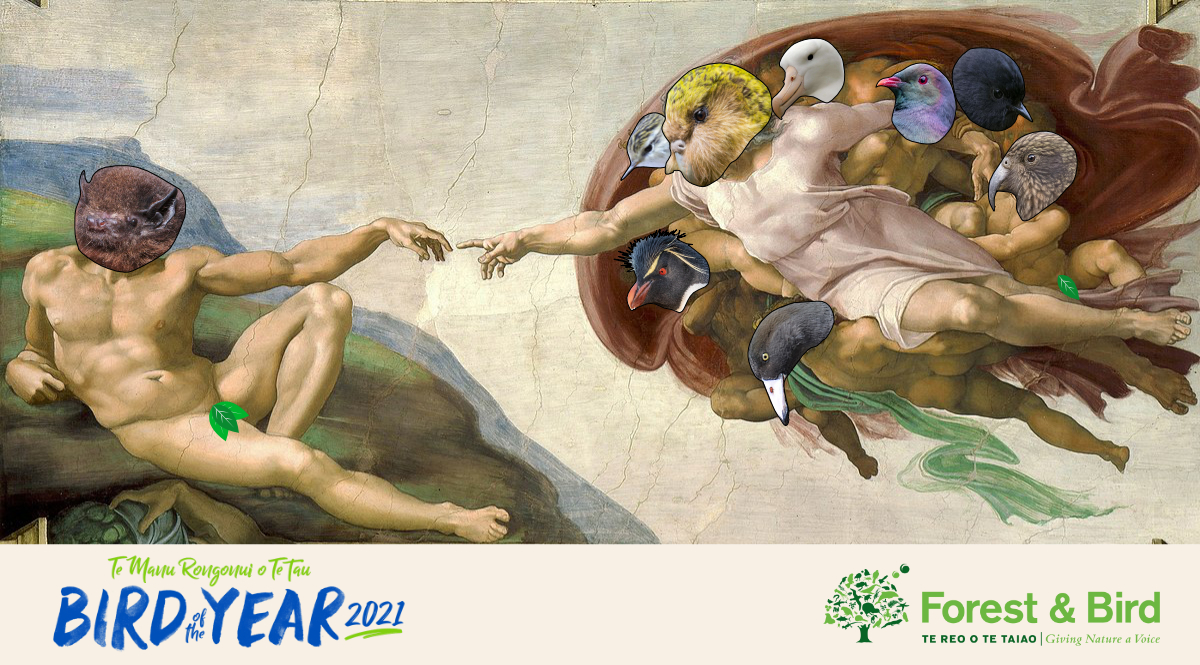 People in New Zealand seem on the right side of most issues, so who are we to argue with their decision on this one? Thanks to Natasha Frost for this surprising news:

New Zealand Held a Contest for Bird of the Year. The Birds Lost.

The long-tailed bat, one of the country’s only two native land mammals, flew away with the top prize.

AUCKLAND, New Zealand — The candidates didn’t know they were running. The winner received no prize. And, at least by appearance, the champion appeared to be ineligible to compete.

The race was for New Zealand’s Bird of the Year, an annual competition that gives New Zealanders an opportunity to rank their favorite birds from the country’s 200-odd native species and raises awareness of their ecological plight.

But this year, a long-tailed bat, one of New Zealand’s two native land mammals, flew away with the top prize, contest organizers said on Monday.

The audacity of the bat, known as pekapeka-tou-roa, led some on social media to call the competition a farce and rail about a stolen election. But other voters applauded the victory.