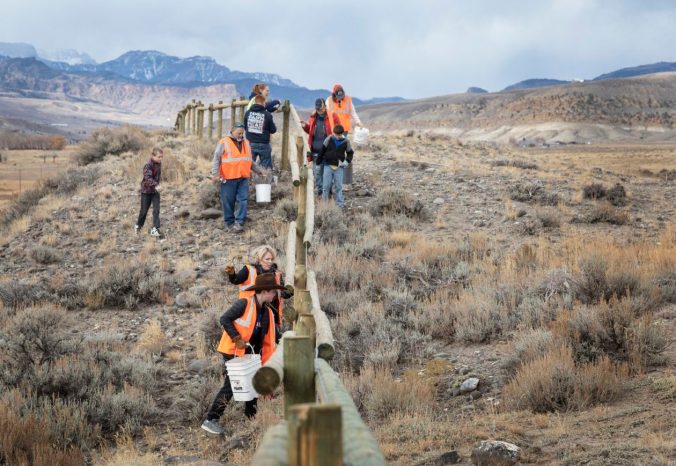 Volunteers modify a wire fence in Wyoming to allow wildlife to pass through. ABSAROKA FENCE INITIATIVE

If we take Robert Frost’s poetic license into the realm of how humans and wildlife might coexist more successfully, then the image above is powerful. Good fences might make good neighbors if they allow wildlife to migrate as needed. 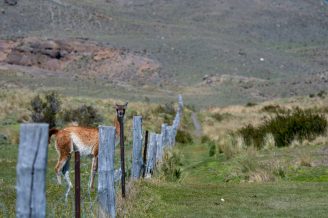 A guanaco at a fence in southern Chile. WOLFGANG KAEHLER / LIGHTROCKET VIA GETTY IMAGES

While working in the Patagonia region of Chile, 2008-2010, I saw images like this in the photo to the right regularly. On occasion the sight would be more gruesome. Ranchers had erected fences without regard for the need of guanacos to wander.

During our seven years living in India the human-elephant relationship was often one of worshipful respect, but included too many stories of fences, or worse, as methods farmers used to protect their properties from elephant intrusions. As is the case in Kenya (see the image below) fences are unneighborly. So, we were on the lookout for creative solutions. The following article by Jim Robbins, in Yale e360, is timely and welcome in this regard. 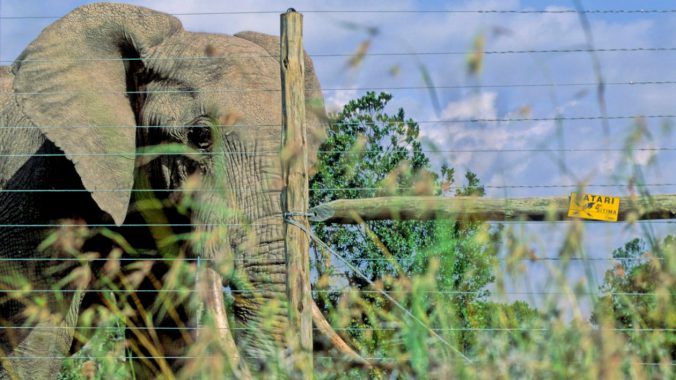 Unnatural Barriers: How the Boom in Fences Is Harming Wildlife

From the U.S. West to Mongolia, fences are going up rapidly as border barriers and livestock farming increase. Now, a growing number of studies are showing the impact of these fences, from impeding wildlife migrations to increasing the genetic isolation of threatened species.

The most famous fence in the United States is the expanded border wall pushed by former President Donald Trump. Intended to prevent illegal immigration, the barrier also keeps wildlife from moving between the United States and Mexico.

“The main threat of the border wall is not the localized area of habitat loss and habitat degradation,” said Aaron Flesch, a wildlife biologist at the University of Arizona, who has studied the wall’s impacts. “It’s the landscape-level impacts of curtailing or completely precluding wildlife movement and eliminating landscape connectivity at large scales.”

Bighorn sheep or jaguars, for example, are cut off from others of their kind on the opposite side of the border. That means that the genetic interaction needed to keep small populations of jaguars or ocelots healthy may be affected. It also means bighorn sheep in Mexico may not be able to migrate north to escape a hotter and drier climate.

These are the kinds of impacts caused by the many millions of miles of barriers around the globe that slice and dice the natural world. It’s a rapidly growing problem, with fence projects expanding worldwide. In Europe, nations are building new fences to keep migrants from illegally crossing borders in isolated areas. In East Africa, livestock fencing is interrupting the migrations of the region’s storied wildlife. A new fence between Mongolia and China has blocked the movement of gazelles. And the list goes on.

Until recently, the study of fences and their role in conservation biology has been scattershot. Half of the studies were done in just five countries, with many focused on the effects on medium-sized animals. And fences still are not part of the Human Footprint Index, a database of human changes to the earth used by researchers to measure the cumulative impact of human development.