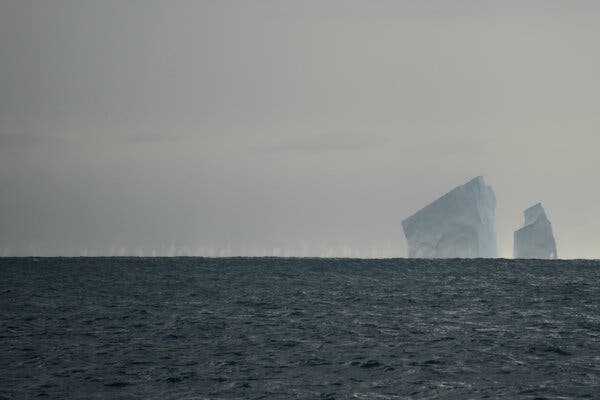 Some gatherings were so large that spray from the whales’ blowholes resembled a fog on the ocean surface. Dan Beecham

Happy whale news is not easy to come by. Winston Choi-Schagrin, a reporter covering climate and the environment for the New York Times, shares some:

A Whale Feeding Frenzy in Antarctica Signals a Conservation Success

Once hunted to the brink of extinction, fin whales in the Southern Ocean have rebounded and returned to their historic feeding grounds, according to a new survey.

From a distance, it looked like thick fog across the horizon. But as the ship drew closer, the ocean bubbled as 150 fin whales, the planet’s second-largest creatures, dived and lunged against the water’s surface.

Six weeks into a nine-week expedition, near the coast of Elephant Island, northeast of the Antarctic Peninsula, researchers had stumbled upon the largest gathering of fin whales ever documented.

“It was one of the most spectacular observations I’ve had,” said Helena Herr, a marine mammal ecologist at the University of Hamburg. “The fin whales seemed to go crazy because of the food load they were confronted with. It was absolutely thrilling.”